Being able to control the ball quickly and consistently is one of the keys to playing successful soccer.

Including an agility ladder in your practice sessions is a terrific method to improve your agility and footwork speed.

Looking to improve your agility and speed for the 2022 season? Never fear! In this guide, we’ve put together 8 of the best agility ladder drills for soccer players of all levels, including outfielders and goalkeepers alike.

These routines are subdivided into beginner and advanced sections, so you can find the right exercise for your level of experience.

Why use an agility ladder for soccer?

If you’re an outfield player, you’re going to be running around a ton when playing soccer.

As an attacker, your ability to change directions quickly after dropping your shoulder is what’ll determine whether you beat the defender or get tackled.

On the flip side, if you’re in defense, that first second as you begin your sprint for a tackle can make all the difference between getting the ball and getting the player. 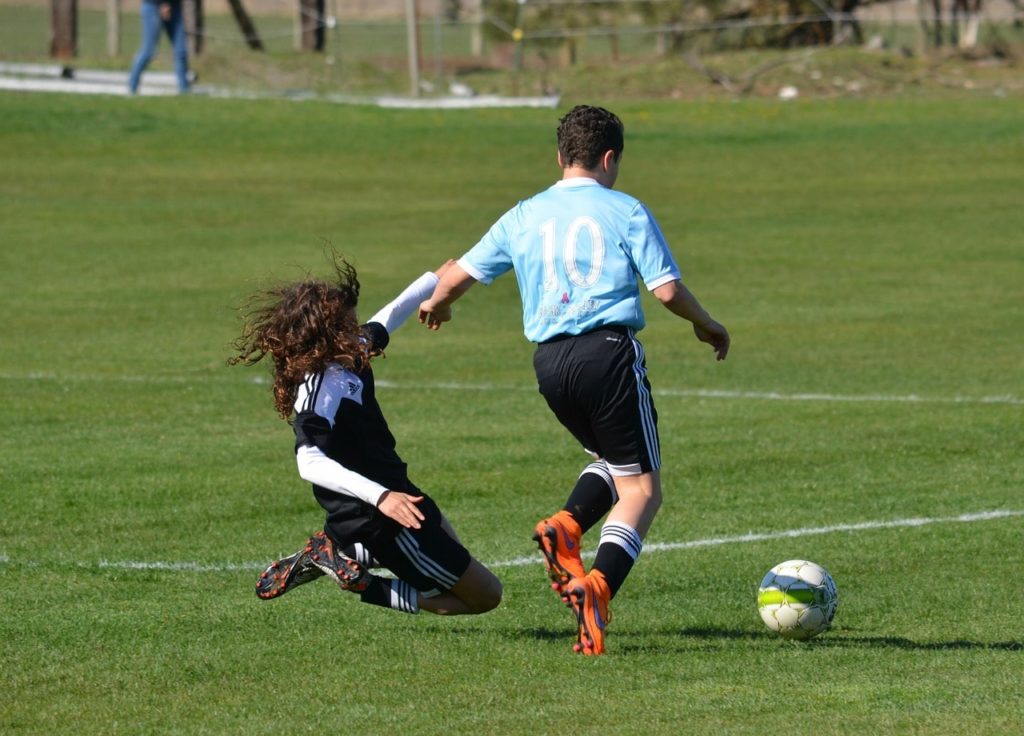 Foot agility is also important for goalkeepers. You need to be able to make your sideways steps quickly in order to begin your dive as soon as possible.

What agility ladder should I buy?

If you don’t have one already, we recommend the GMB Pro for soccer training. It comes with a carrier bag, it’s reasonably priced, and it won’t trip you up.

An easy warmup to start – simply take each consecutive step into the next rung on the ladder to increase your forward step speed.

Just like a straight sprint, except you bring your knees up to the height of your hips in between each step. Gives your thighs a greater workout.

This one’s also similar to a straight sprint except you run sideways on and off the ladder and place both feet in between each ladder rung as you go. Do this drill enough and you’ll be able to turn on a dime when sprinting.

4. Lateral in and out

You don’t want to just practice your forwards movement! Improve your lateral agility by sprinting alongside the ladder, stepping both feet in and out of each rung.

Work on your balance as well as your coordination with a fast-paced rendition of hopscotch for your agility ladder!

Note that both of -your feet should hit the ground at the same time when stepping outside the ladder.

When you’re defending and the ball’s played over your head, you’ll have to turn around quickly to make the clearance in time. That’s why it’s worth doing the Ickey shuffle (or any of the other drills we’ve mentioned) in reverse.

Sideways movement is another crucial aspect of defending, especially when trying to jockey your man. This drill will also teach you to move smoothly with minimal foot movement, reducing the time in between each step.

Ensure that your moving foot actually crosses over (above) your planted foot when moving forward. You might find it hard to keep your balance at first but you’ll improve with practice.

4. Single foot in and out

This drill is great for wingers – the movement you end up doing helps to perfect those deft foot movements and stepovers you need to beat your man.

Face forward, parallel to the ladder but position yourself beside it, with one foot on the edge. With every second step, place this close foot in the gaps between each rung, moving it in and then back out of the agility ladder.

Remember you can do these drills slowly at first to get used to the basic movement involved. Once you’ve had some practice, try and run through them as fast as you can.

Also remember to train both the left and right foot – for example, by doing lateral exercises from both sides of the ladder.