A lot of individuals enjoy playing disc golf because it is simple to learn, entertaining, and inexpensive. With the need to combine big drives with precise curves as you go around the course, it’s as much a physical game as it is a mental one.

Although it’s based on a classic, disc golf is actually a relatively new sport. If you’re interested to know what it is, or want to learn how to play, keep reading!

In this guide, we’ll show you everything you need to know as a disc golf beginner. 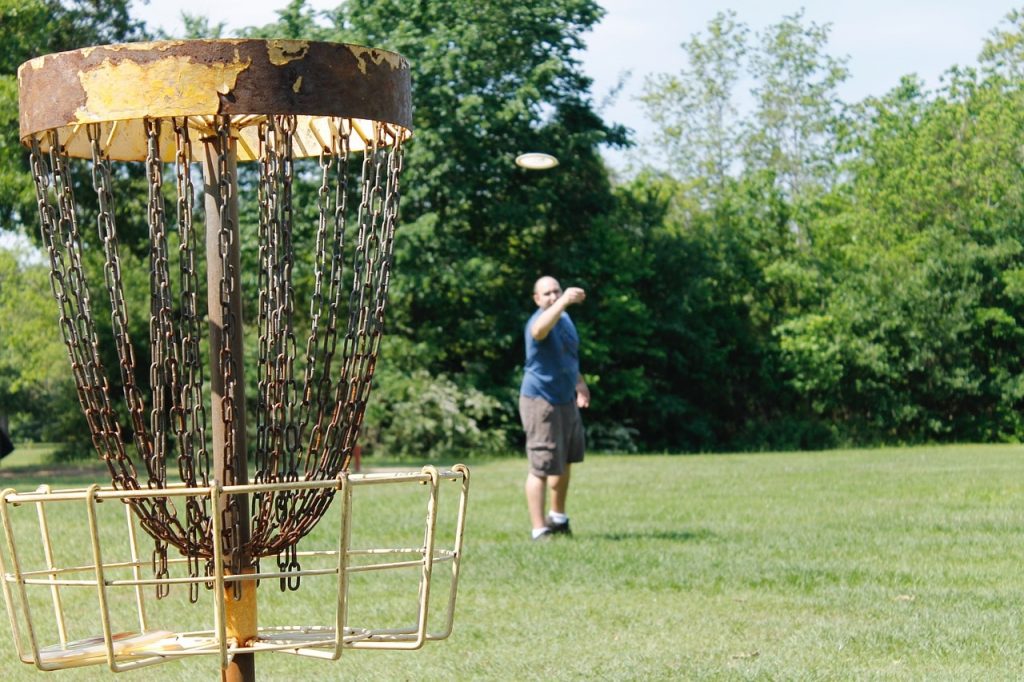 As you might expect, disc golf is quite similar to normal golf in many respects. The game is played in turns, and the person with the fewest overall throws wins. It’s even played on proper 9/18-hole courses, and much of the terminology is the same (par, putt, drive etc).

However, in disc golf there’s no hole to throw your disc into. Instead, you aim for a special basket which stands about 1.5m off the ground. These baskets have vertical chains – when your disc hits them, it’s supposed to fall into the basket below. Sometimes it doesn’t though – this is called a blow-through (when the disc goes through the chains) or a spit out (when the disc bounces back off the chains).

The only other crucial piece of equipment for disc golf is the discs themselves. They’re a special type of frisbee, designed for accuracy, distance, and stability in flight. These discs must weigh less than 200 grams, and come in a few different types:

If your shot goes out of bounds, you must continue playing from near to where the disc went out. You will also have a penalty shot added to your score.

Here’s how a game of disc golf would normally work:

Like in real golf, disc golf has doglegs on some courses that must be passed. These points are normally marked with a pole or a sign.

How to play disc golf 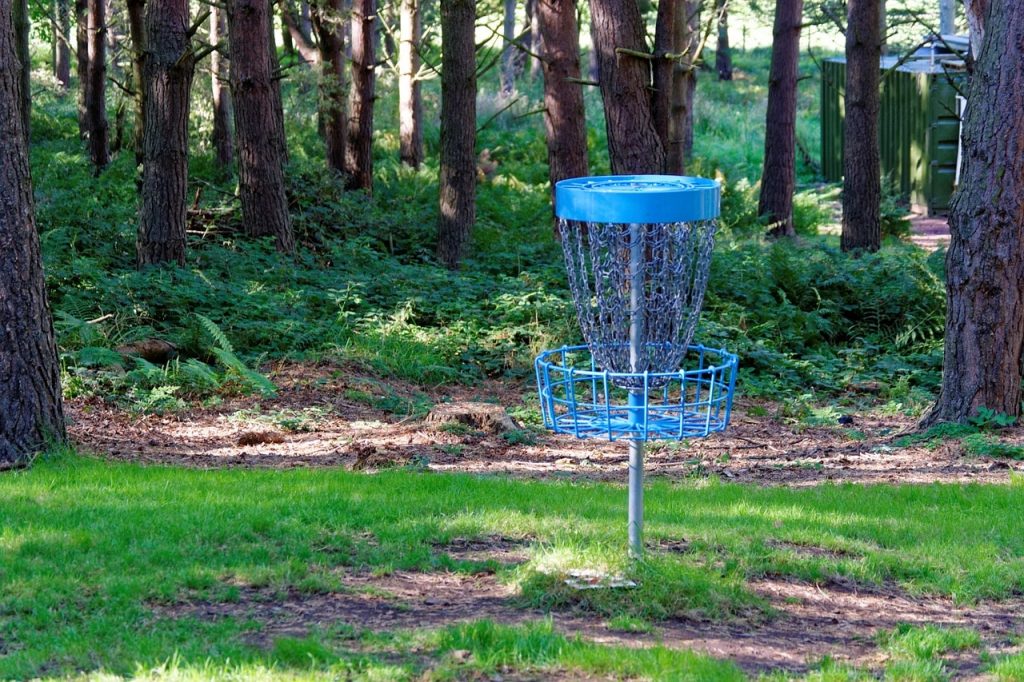 Wondering how you can get started with disc golf?

First things first, you’ll have to find somewhere to play. If you’re looking for a proper course, the PDGA has a map which shows the location of every accredited course in the USA.

Alternatively, you can set up a few baskets at the local park or in your yard, if you’ve got enough room. Allow for plenty of space, and try to set up the course with some obstacles on the fairway (like trees, bushes, and hills) if you can!

Unlike in proper golf, in disc golf you have a lot of freedom in choosing how to throw your disc.

The most common technique is the backhand. It’s much like throwing a regular frisbee: you bring the disc across your body from left to right (for right-handers). You can also throw with a forehand technique, but this can prove quite difficult for new players.

For a backhand drive:

The timing is what makes it so hard to throw accurately. To get the disc where you want it, you’ll need to release it at exactly the right moment. Practice makes perfect, which is why having a basket in your yard is a great idea.

Obviously, you don’t need to throw putts as fast as you’d throw drives. Prioritize accuracy, and throw the disc fairly softly. Make sure to look at the basket as you release the frisbee – more often than not, it’ll go in the direction you’re focused on.

In this part, we’ll discuss some slightly more advanced strategies and tactics you might see on the disc golf course.

Hopefully this guide was helpful!

Drop us a comment if you have any further questions about the fundamentals of disc golf.