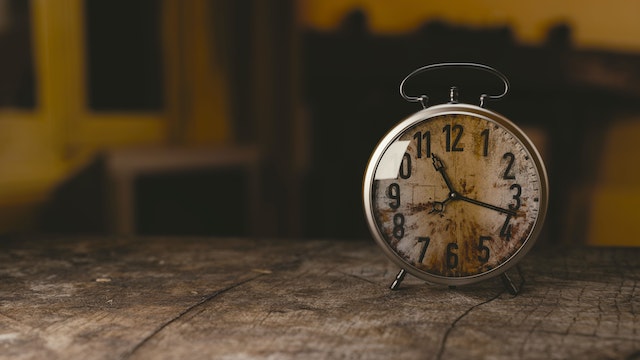 Certain sports, like soccer and basketball, have fixed time limits for their matches. Volleyball is quite different as its duration depends on several factors. The lack of a time limit means volleyball matches can be super short or ridiculously long, just like the record-breaking match that lasted nearly three hours. So, how long is a volleyball game?

This article will answer all of your questions about the length of a volleyball match and more. Here’s everything we’ll cover:

When Does a Volleyball Game End? 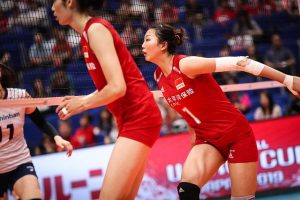 Earlier, we established that the length of a volleyball match depends on several factors. These factors make games shorter or longer.

A set is a round in a volleyball game, and it must be won by a team. The first team to reach a predetermined number of points wins the set, after which a new set begins, or the match ends if the conditions of the set format have been met.

Hence, the set format is the most important factor for determining game duration.

There are two main formats in volleyball:

The latter means teams need to play and win more sets for the game to end. Hence, they are typically longer. Most sets in volleyball tournaments last between 20 to 25 minutes.

Although set formats contribute the most to game lengths, they can be affected by the type of volleyball game.

Also, the minimum number of points to win a set in the indoor version is 25 points, but for the beach games, it’s 21 points. For both, the minimum points for winning a tie-break set are 15.

This is not to say that teams can’t exceed 21 points in one regular set at the beach – they can. We’ll explain how that works later on in the article.

Every sport has provisions that allow for pauses in the game. At these points, the game is no longer active, and teams cannot make plays or score points.

Volleyball is no different. There are pauses, and most people call them time-stops. They include the following:

These are pauses that allow teams to switch their on-field players for their bench players. It usually only takes a few seconds when done right.

Each team is only allowed six subs in a single set. The more substitutions they use, the longer the game will become. Safe to say, some teams misuse this privilege by making substitutions simply to buy time for a team talk.

However, coaches already have timeouts for their team talks.

There are two types of timeouts in volleyball. The optional timeout and technical timeout. Each coach can call two timeouts in a volleyball set. Each one lasts for 30 seconds.

There are two technical timeouts in a set, each lasting 60 seconds. The first timeout automatically activates when the leading team reaches 8 points. The second occurs at 16 points.

After a set ends, the referee gives each team three minutes to exchange sides on the court and get ready for the next set. Coaches also use this time to submit lineups and teams spend this time rehydrating.

These are random pauses in play for reasons that don’t directly relate to the game or scoreline. Examples include water breaks during hot weather and breaks to fix a broken net. These breaks are mandatory but may be preplanned or instantaneous, and they can last for hours.

Injuries are inevitable in sports, although you can reduce your risk by wearing athletic tape and knee pads. It’s only reasonable that the rules of the game make provisions for these injuries.

When a player is injured, the referee has the power to pause play so they can receive treatment. This is called an emergency stop or injury delay.

These delays have no time limit, as the priority of the referee is to ensure the safety of the players. The player can be substituted, but it will count as one of the six allowable subs per set.

Although each stop lasts for a short period, when you add them up, they take a sizable chunk of the overall game duration.

The first team to win two sets wins. So, the game will end at 2-0 or 2-1. The latter is only possible if the scoreboard reads 1-1 at some point, after which there will be a final tie-break set. You can close the game out by winning the first two sets. Hence, this format allows a maximum of three sets in a game. This set format is common at the following volleyball levels:

The first team to win three sets wins. The game will end at 3-0, 3-1, or 3-2. If the teams tie at 2-2, there will be a fifth set called the tie-break set. This format allows a maximum of five sets. The best 3-of-5 is common at the following levels:

What It Means to Win a Set in Volleyball Games 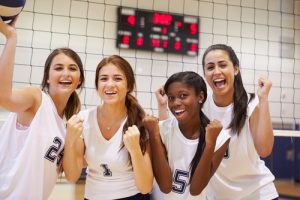 Next, we’ll explore the technicalities that allow a team to win a set based on the rally point system in volleyball. As mentioned above, one team wins the set only if they can score the required points, which varies depending on the level and type of game.

Take indoor volleyball as an example. Most levels require 25 points from the winning team. However, the team must lead by at least 2 points to win. That means a score of 25-24 will not give you the win but 25-23 will.

When this happens, play continues until one of the two competing teams leads by two points. The team that achieves that wins the set.

In summary, a team can only win a set if they reach the required points (typically 25, 21, or 15) and lead by two or more points.

How Long is the Average Volleyball Game?

The average match time in volleyball lasts for 60 to 90 minutes. This number takes all levels and types of games into account, including beach and college volleyball. You can expect best 2-of-3 games to end somewhere close to the lower limit (an hour).

To help you estimate matches better, you can consider that the average set lasts between 20 to 25 minutes. Multiply this by the number of sets in the format of your game to get the total duration. If the game is a close one, you can expect it to last a little longer, thanks to tie-break sets and the two-point lead rule.

If you don’t have time to calculate an estimate, you can use our quick fix below:

Pro-level indoor games can last for two hours or more, depending on the level of competition. Over the years, we’ve seen some outrageously long volleyball games, which brings us to the next portion of this article.

What is the Longest Volleyball Match? 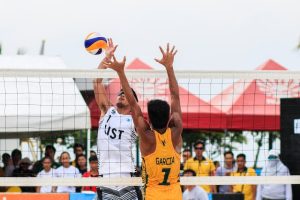 Most sources will claim that the longest match is the 25-hour beach volleyball game played by athletes from Poland and Germany. This was not a regular FIVB game but a marathon match with the sole purpose of claiming the Guinness world record.

Finding the actual longest FIVB-approved volleyball match was a lot trickier, and we had to do deep research to find and verify several lengthy games. Thankfully, we found the answer.

The longest volleyball match was the Italian cup game between Milan and Cisterna which lasted for 2 hours and 55 minutes. The match took place on the 23rd of November, 2021. It was a 25-point set-winner game using the best-3-of-5 format. Cisterna won the game 2-3 after a hard-fought tie-break that ended 13-15 in their favor.

There were no lengthy breaks, and the game only lasted so long because of the level of competition between both sides.

How long does a 5-set volleyball game last?

A single set lasts between 20 to 25 minutes. Hence, five sets, including the shorter tie-break set, will last for 90 minutes.

What is the highest score in volleyball?

The highest score in a single set is 87 points. It was a Men Czechoslovak League game, and the set ended 87-84.

What is the shortest set in volleyball history?

Many consider the match between Russia and Algeria in the 2015 Women’s World Cup to hold the shortest set. The Russians took the set in only 12 minutes by defeating the Algerians 25-5.

Final Thoughts on How Long is a Volleyball Game

Now, you know what to expect before playing or watching a volleyball game. If you’re a player, you should get your stamina up, especially when playing at a new level or league.

If you’re going to watch teams play, knowing the length will allow you to prepare your schedule.