How Much Do Volleyball Players Make? Considering the earth’s total population, it is easy to see how exceptional professional athletes are, as not many people can say that they made it to the top. Being a professional athlete takes a lot of dedication, hard work (going through seemingly endless training sessions), and the ability to maintain your cool at all times.

However, the blood, sweat, and tears seem worth it once you have made it to the big stage. But just how lucrative is the world of sports?

While the salaries of top players from more popular sports like football and basketball make headlines again and again, other seemingly popular sports with a niche fanbase receive very little exposure.

Volleyball, for example, is a popular sport played by people of all ages worldwide. While it is not as well-known as some other sports, it still has a large following and offers a variety of opportunities for athletes to compete.

As a fan of the sport or a young high school or college athlete who has eyes on being the next best professional volleyball player, you might wonder just how lucrative the sport is. 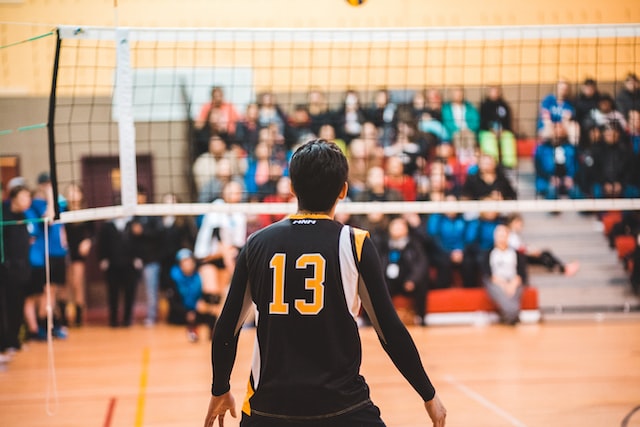 While players of the sport do not get the same exposure and prestige as players of other spectator sports like football, basketball, and even NASCAR, the money volleyball and beach volleyball players earn annually is good. Coupled with the fact that they are exposed to many opportunities to travel across the globe, it is a solid deal for aspiring athletes.

Still, there are other ways in which professional volleyball players make money. Some players choose to endorse products or services, and others appear in commercials or benefit from official league sponsors.

These deals usually involve the player agreeing to wear or use the company’s products during competitions. By taking advantage of these opportunities, volleyball players can earn significant amounts of money.

In line with that, here are the top 5 highest-paid volleyball players.

As of the 2018-2019 season, Zhu Ting, China’s finest professional volleyball player, sat atop the list of highest-paid volleyball players in the world. Her position – the outside hitter of the Chinese women’s volleyball national team. In addition, she is the captain of the team. Furthermore, Zhu Ting won the MVP award in the 2018 FIVB World Cup tournament hosted in Japan.

Zhu Ting joined the Turkish League Champions team, Vakıfbank Istanbul, in 2016, her carrier spanning from 2016 to 2019. During that time, she peaked as the highest-paid volleyball player, earning $1.6 million per season

Today, she plays for the Italian volleyball club Savino del Bene Scandicci. Zhu Ting has a $5 million network, making her one of the richest active volleyball players.

Wilfredo León Venero is a Cuban–Polish professional volleyball player who plays as an outside hitter for Sir Safety Perugia and the Polish national team. However, he played on the Cuban national team from 2007 until 2012, where he was renowned as a key pioneer of the “Generation of Miracle” by fans of the sport.

French sensation Earvin N’Gapeth is an outside hitter who currently plays for Zenit Kazan. With a season earning of about $1.35 million, he ranks third on the list of highest-paid volleyball players.

Earvin made his debut as a volleyball player in the 2008/2009 season, playing for Tours VB. He won his first-ever title, the Pro League, in his third season. Since then, he has gone to play for several note-worthy teams, including the Cuneo Piemonte, Kuzbass Kemerovo, Modena Volley, and presently, Zenith Kazan.

The Polish superstar has had his fair share of success as a professional volleyball player, including winning gold in the 2009 European Volleyball Championships and the 2012 FIVB Volleyball World League.

Cuban star volleyball player Robertlandy Simón Aties is one of the best middle blockers in the sport. Simón has been a part of several top teams in volleyball leagues across the globe, including Copra Elior Piacenza, Al Rayyan, Sada Cruzeiro, and most recently, Cucine Lube Civitanova.

Earning $967,000 per season, Simón ranks first amongst volleyball players with annual salaries below the $1,000,000 mark. However, his earnings pale compared to his achievement as a volleyball player.

Over the course of his career, Simón has piled up the success, having multiple championships and medals for both club and national teams, as well as personal awards.

Factors that determine the pay grade of professional volleyball players 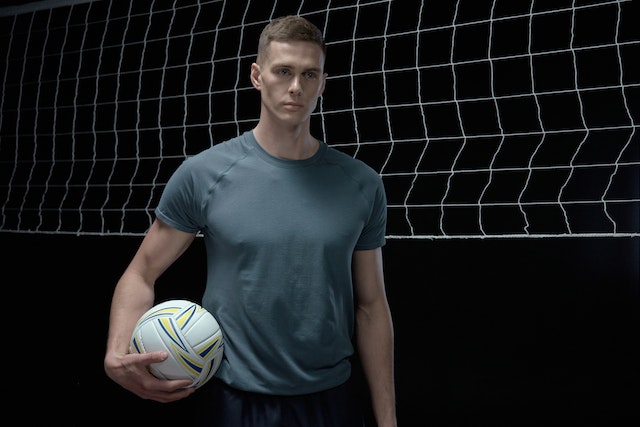 While it is true that players across different volleyball leagues make decent amounts during their careers, some factors influence their salary variation.

This section of the article focuses on these finance-influencing factors pertaining to indoor volleyball (professional beach volleyball players go by a different set of financial aspects).

This is the most significant influencing factor regarding how much professional volleyball players can make. According to the rules, volleyball leagues avail only a set amount of foreign players to play on contracts for a club. Therefore, the fewer foreigners clubs sign, the higher the average earnings of the foreign players.

For example, the foreign quota per team in Russia peaks at 2. On the other hand, Poland’s foreign quota is 3, France’s is 6, and Germany has none. As such, foreign players will earn more on average in Russia and Poland compared to France and Germany.

Another defining factor, which is prominent in Italy, regarding the number of foreign players allowed in a club is age.

This is an obvious determinant of how much professional volleyball players can make throughout their career. Your skill level dictates which volleyball leagues, coaches, and agents show interest in signing you. Essentially, the more skilled you are, the better your chances of landing a big role in an extremely talented volleyball team and the more money you earn.

But how exactly does this play out? Well, in Europe, the different volleyball leagues fall under one of 4 tiers.

In addition, tier 1 leagues are slapped with lower foreign player caps. That means the few foreign players they have on contract earn huge salaries.

Hitters make the most money among other positions, which is very evident in Korean or Japanese leagues. That is because they are the ones responsible for both attacking and defending.

Setters and middle blockers are next in line in terms of value. The setter is responsible for directing the team’s offense and setting up plays, while the middle blocker is tasked with blocking shots and attacking the ball from the middle of the court.

On the other hand, the libero is the least valued volleyball player position. Their job is to rotate into the game to provide a boost to the team’s defense. The reason for their lower salary cap is that there is a saturation of talent in most professional volleyball leagues, so making it to the top becomes quite taxing. 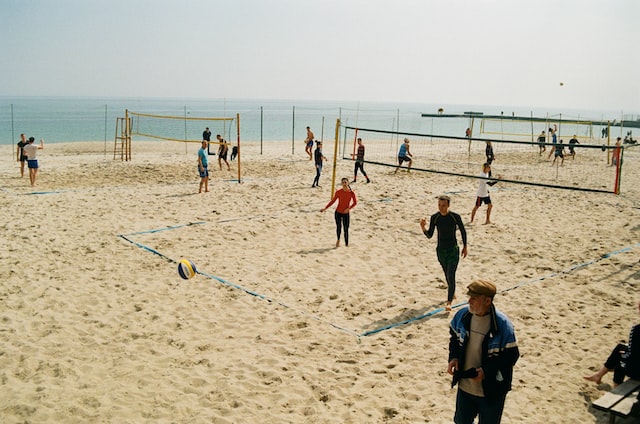 However, it is encouraging to see that the gap has been closing over the past few years. Hopefully, with continued effort, the gender pay disparity in professional volleyball will eventually be eliminated altogether.

How much do volleyball players overseas make?

It is evident that professional volleyball players make a lot of money. This is because of the popularity of the sport and the fact that there are very few volleyball leagues in existence compared to a sport like football.

While they do not make as much money as basketball or football players, they can still make a comfortable living playing volleyball if they are willing to put in the hard work.

There are also many collegiate and amateur leagues that pay well too. Ultimately, it comes down to how good you are and where you play. If you have the skill and drive, you can build your way to the top and become one of the highest-paid volleyball players in the world.e