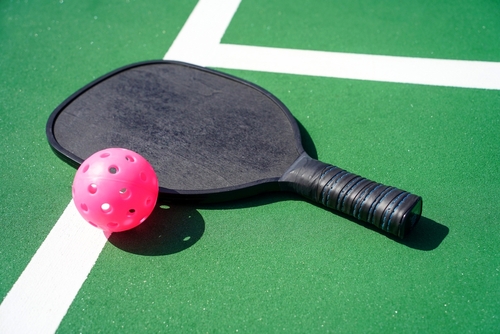 Most outdoor sports require more than two players. This may become an issue when you want to have fun, relieve stress, and exercise your muscles, but you have just one partner. That’s why having at least one fun sport that requires just one partner is a relief.

Since its invention in 1965 at Bainbridge Island, pickleball has gained popularity in the United States of America and other parts of the world. Pickleball is a fun partnership game that unites family and friends of all ages. 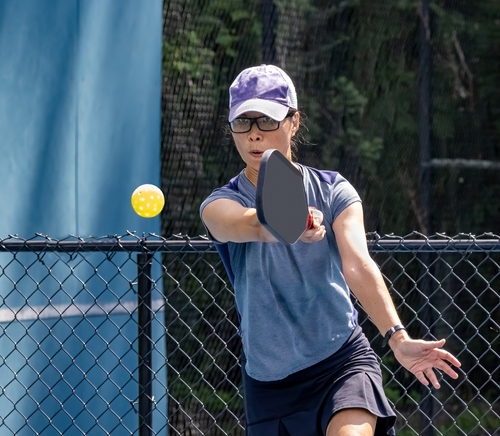 Playing pickleball can be challenging if you do not know the sport’s rules. Yet, the rules are easy to understand and follow. With this guide, you should be enjoying pickleball in no time. Let’s get to it:

If the server plays in the wrong position, it is considered a fault. As a penalty, the server will lose a rally

Serving the pickleball in a singles game differs from the doubles, and you will need some mastery of the serving rules to take out your opponent. Here are some of these rules.

The scoring system in pickleball is intriguing:

This is the court area within 7 feet of each side of the court. Pickleball also has rules associated with this zone. Here are a few:

Faults in pickleball are rule violations that stop the game.

7. How to Determine the Serving Team

You can use any fair method to determine the serving and receiving teams. A coin toss is the most common method of selecting a team.

Playing pickleball requires skill and artistry. You will thoroughly enjoy yourself if you use some of the following tips to enhance your game:

The surest way to beat your opponent is to exploit their weaknesses. So, for the first few minutes of the game, you must be alert and observe their serving posture and comfort position.

If they have a strong forehand, keep serving them the backhand, and force them to expose their weak side. This weakens their volley as they pass the pickleball and gives you higher chances of winning the game.

In the rarity of playing with an overly good opponent, go for a strong and deep serve. You are going on the offensive, which is your only shot at winning.

Pickleball singles is a fast game. Here, power and speed win over a slow and controlled game. So, you must put yourself in a winning position while playing. Always remember that the net is lower at its center and higher at the post. So, while serving, always target the center of the net.

The best power moves are the easiest. It is important to stay near the back of the court. This helps you to observe the opponent’s moves and mirror them. When they are coming at you with high momentum, hit the ball to the back of their court. This catches them off-guard, and they fail to catch or volley the ball.

Send the ball deep into your opponent’s court, but make sure it does not go out of bounds. This slows the opponent’s momentum and makes it difficult for them to return to the front of the net quickly.

This strategy helps you serve your pickleball close to the middle of your opponent’s court. Serving near the “T” box ensures that you are quick to serve the ball and prepare for the next serve.

The “T” box is the intersection of the centerline and baseline of the court. Serving from this place will help stabilize your shot and cut the opponent’s ability to take extremely long angles when returning the serves.

Each shot of pickleball experts that you run a one-yard sprint. This is because the entire yard belongs to you, and the momentum of your run improves your chances of serving near the back of your opponent’s court. You are to tax your body by keeping up the pace as you run each time you serve.

So, in hindsight, pickleball sport is also a game of endurance and will. You must not relax or lose any game because your body is too tired to propel you into winning or catching the served ball. So, you must train until you get used to the pressure of running in court,

The 90-minute game is one of constant speed and will give your heart a cardio exercise to keep it healthy. You must never be afraid to keep running by doing some sports like Pickleball or Paddle tennis. It would be easier to train through other forms of exercise such as jogging, hiking and cross training when not in court.

Send the ball deep into your opponent’s court when returning a serve. This is important in a singles match because it makes the game harder for your opponent. It also gives you adequate time to prepare for the following serve as the opponent tries to regain composure.

Always play the opponent’s weakest points, as it improves your chances of winning. 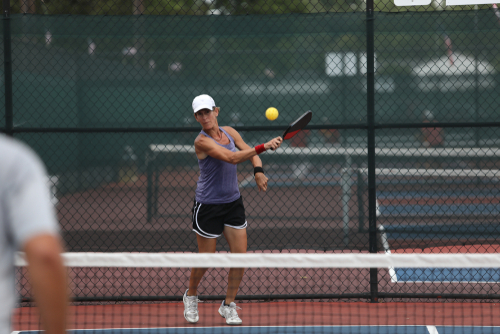 Here are some intriguing things that you did not know about pickleball: 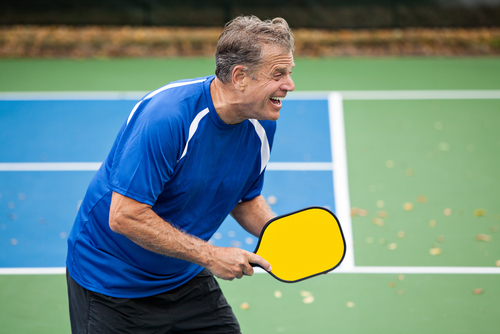 Pickleball is an easy sport to pick up regardless of the age or status of the individual. The rules of this game are simple and easy to follow, and it is a fun way to exercise. Pickleball is an enjoyable sport that breeds healthy competition and unites families and friends. The equipment is not costly and, with maintenance, can last long.

If you are looking to want to start a new sport, shed weight, or relax after a tasking day, this might be the right sport.

How do you play pickleball?

The pickleball game is similar to badminton. It requires you to move the ball back and forth over a net. This sport is played as singles or doubles, where two opposing teams have one or two players each, respectively

Thee game requires technique, skill, and artistry to play. Yet, you will fall more in love with pickleball when you play the singles. This is because it requires skill, patience, and more strategy to play. Therefore, if you are looking for a game of interest, the pickleball singles will do you good.

How do you score in singles pickleball?

You score in the pickleball singles when the receiving player makes a fault. In this game, only the server scores points.

Is singles pickleball hard to play?

The singles pickleball is not hard to play but more technical as it requires rapt attention, speed and skills. As a fast sport, pickleball sport needs the players to think on their feet and use the weakness of opponents to their advantage as they play.

What is the strategy in singles pickleball?

The greatest strategy of pickleball is the ability to rely on wits, skills, and speed. You have to stay alert and search for loopholes to gain an advantage. In the doubles, you have a partner that watches your back and makes up for your inadequacies. Here, you are alone and need a strategy to win your game. Hence, using all elements on the court, including your opponent’s weakness, is the only way to win. And this is the intrigue of pickleball singles over doubles.

This article gives a summary of how to play pickleball singles. It is a simple guide that demystifies the seemingly tricky game, making it easy to play. Although the game requires focus, skill, and artistry, it is also suitable for people in all classes and enjoyable.

There is more to learn in the world of Pickleball sports, and you can quickly become a master of wits and skill. It is a perfect game for the family, and healthy competition can be pleasurable after a long day’s work.