You’ve seen Cristiano Ronaldo, Gareth Bale and Juninho use this technique – now you can learn how to shoot a knuckleball freekick just like the pros.

What is a knuckleball freekick?

A knuckleball involves shooting the ball with little or no spin. This creates lateral movement and dip in the air, as the ball moves in a similar path to the shape of your knuckles when your hand is clenched.

As these examples show, you can get the ball to move from left to right or right to left. However, unlike with a regular swerving shot, the goalkeeper has no idea what the ball is going to do next.

In soccer, players frequently attempt to score by surprising the goalkeeper. The methods by which players accomplish this will vary depending on the circumstance.

The history of the knuckleball

The knuckleball really rose to prominence in around 2006-2008, as Adidas began using fewer panels on their balls and adding more aerodynamic surface dimples. Ronaldo was one of the first to pick up the technique, famously using it against Portsmouth to produce a shot that drifted away from David James. However, Juninho was the first pro to use it effectively in Ligue 1 in the mid 00’s.

At the 2010 World Cup Adidas’s Jabulani raised more than a few eyebrows with its movement in the air. Goalkeepers in particular complained it was unpredictable. However, the tournament saw no really crazy goals.

In the interim more players focused on the technique, leading to goals such as Calhanoglu’s effort.

In 2014 Adidas introduced the Brazuca to be used at the World Cup in Brazil. Although it was a much more neutral ball, David Luiz was able to score this knuckleball freekick:

Since then players have focused on further refining the knuckleball, using it for long range shots and freekicks in particular. Matty Phillips’ goal from 2015 stands out as one of the most spectacular knuckleballs in recent years.

What causes the knuckleball effect?

Soccer has moved into the digital age in recent years, with technology such as the VAR system, heart rate monitors and accelerometers being used to study the game scientifically. Due to such research, we now understand much more about why a soccer ball moves the way it does in flight.

According to the American Physical Society and researchers in France, aerodynamic lift forces can fluctuate in mid-flight when the ball has little spin, resulting in an unpredictable flight path.

So, we need to learn how to shoot with little spin. 🙂

You can shoot a knuckleball with pretty much anything. However, some balls are better than others.

If you can afford it, buy a solid official match ball or two like an Adidas Jabulani or Brazuca. Why? They offer more consistent results when kicked compared to cheaper balls. Once you’ve honed your technique with something you’re comfortable with, it can be easier to shoot a knuckleball in-game with a regular ball.

This technique takes a lot of practice to master. Therefore, try and get as many balls as possible to allow yourself to take a heap of shots in quick succession.

Also, pump up your balls relatively hard. This makes it easier to avoid adding spin to the shot.

Ronaldo was famous for kicking the valve in his United days. Despite this, there’s actually no real benefit of placing the valve facing towards you in terms of the performance of the ball in-flight. However, it can help you to kick the ball in the right spot, which we’ll discuss later on.

When practicing, shoot from around 30-40 yards out. Any closer and the ball won’t have time to move. Any further and you’ll wear yourself out quickly.

Some parts of this technique aren’t black and white: you can use what you’re comfortable with. The run-up is one of those aspects.

Generally you should take 4-6 steps back and 1 to the left or right. Approach the ball from a relatively fine angle (almost straight on).

Something I like to do that I borrowed from Ronaldo is running up to the ball on my toes. This helps me to contact the ball with the correct part of my foot.

4. Where to strike the ball

You want to contact the ball in the middle, near the bottom. 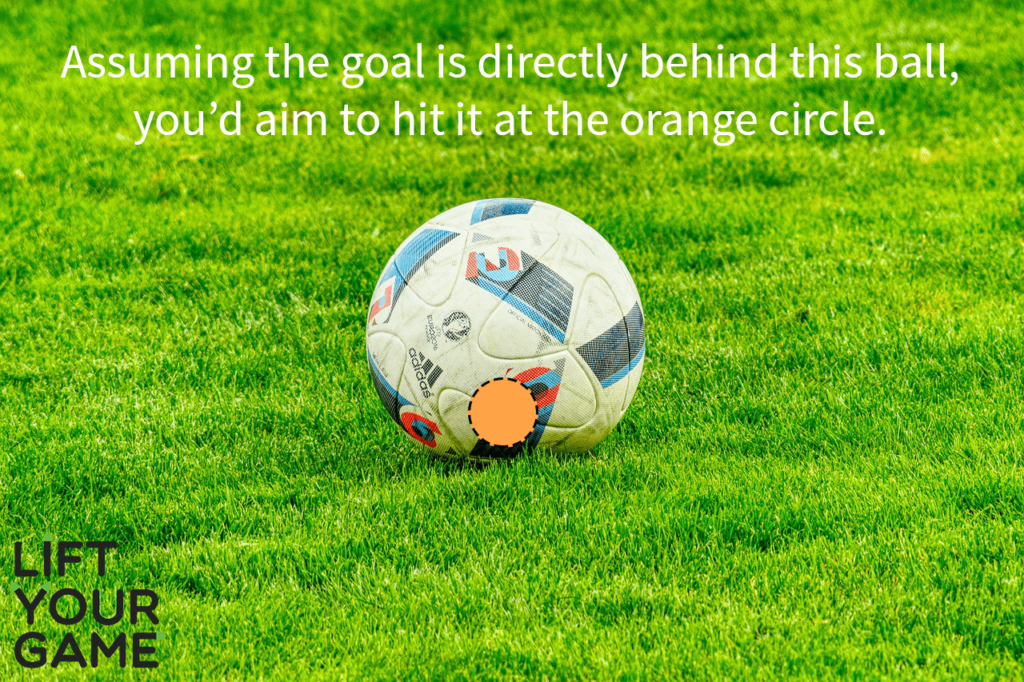 When getting used to shooting a knuckleball, watch for the following issues to see what you can improve in relation to where you’re striking the ball:

Don’t use too much power. I normally kick pretty hard and this held me back for a long time. Shoot with around 60-70% power to avoid generating too much topspin or backspin.

At first, focus on getting little spin on the ball rather than placement of the shot. Once you’ve got the basics down, try and look for the top corner.

5. What part of the foot to use

Again you have some freedom in choosing which part of the foot to strike the ball with. Bale and Ronaldo seem to use their toes, while I’ve seen guys do well using their instep. Personally, I use the bone that runs from the toe to the ankle – not quite my laces and not quite my instep.

When impacting the ball, be sure to lock your ankle in position. This is important to avoid injury. 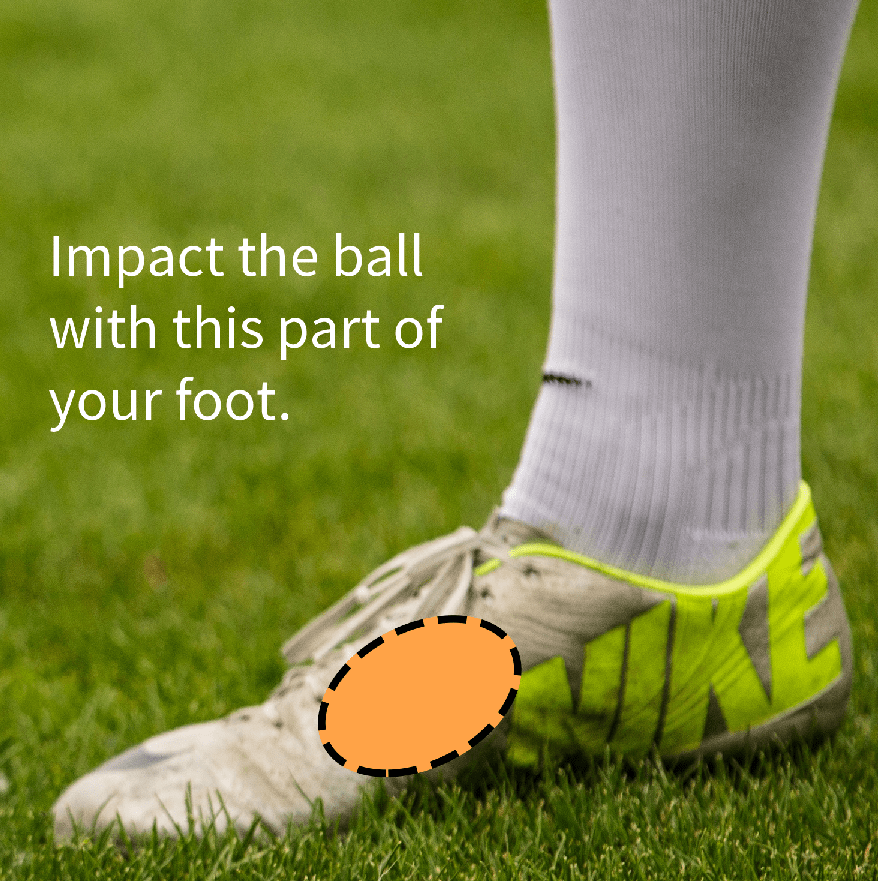 Because I run up on my toes my foot is angled down. This helps me to strike the ball in just the right spot, shown in slow-motion in the video below.

The key here is your follow through must be stopped almost immediately. Bring your leg around to the left (as a right-footed player) by shifting your weight off your standing leg as you strike the ball. Try to land on your kicking leg.

This is honestly the most important part of this technique, and can be quite hard to master. Practice is key to getting used to stunting your follow through.

I got good at shooting knuckles because I practised for 4-5 years. Of course you can learn to do it much quicker than that. Get a few good matchballs, find a decent pitch and get to work.

Another thing I’ll say is that everyone I’ve seen shoots a knuckleball a bit differently. My run-up is a bit shorter than the average player’s, for example. Try a few things out.

Be careful of injuries if you’re practising consistently. I’ve had my fair share of muscle strains, some serious and some not so serious, from hours upon hours of shooting.

Another pro tip: haul in a keeper if you can find one. When they start to get confused as to which way the ball is going, you know you’re on the right track.