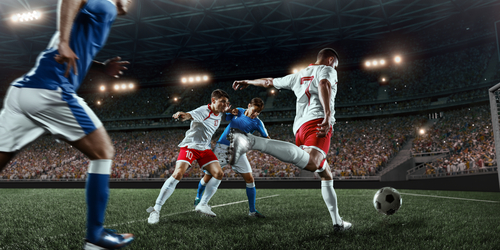 Soccer has brought many people together as one of the most popular sports in the world, with over 3.5 billion fans. It has also stirred up a fair amount of debate. One such argument is whether or not soccer can be considered a contact sport, like wrestling or American football. This post is dedicated to providing all the info on the topic. But first, let’s answer the question: is soccer a contact sport?

Soccer is certainly a contact sport. The game rules allow for a fair amount of contact between players. While competing for the ball, a player is allowed to shield it with their body or apply mild force to retain possession. With twenty-two players competing on a field with an average area of about 7,400 square meters, there is also a high probability of collision between players.

Despite the answer, there are clear differences between soccer and other contact sports like wrestling and American football that stop us from placing them in one category. We’ll talk about this later in this article.

Most dictionaries provide a simple but effective definition of the term, and we accept it here. A contact sport is a sport that allows or requires any form of physical contact between participants.

Some sports have full contact, while others have limited contact between players. Either way, as long as there’s a reasonable chance players will touch during gameplay, it’s a contact sport.

Because of the high intensity of the games, people who play these sports are more prone to injuries. If you watch soccer, you’ve undoubtedly seen more than your fair share of nasty dislocations, sprains, tears, and cuts.

On the other hand, a non-contact sport is one in which participants are not allowed to make physical contact with each other while the game is in progress. Examples include:

There’s little risk of injuries here, but it is not uncommon for players to pull a muscle or sprain a joint, as these sports can be just as tasking as those with contact.

Next, let’s take a quick look at the key reasons soccer is a contact sport. 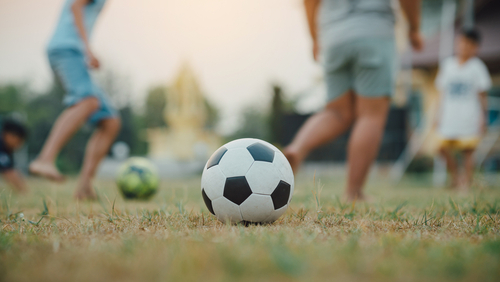 Soccer is a game of bodily contact not only because the rules allow certain levels of force but also because in-game situations warrant players to use their bodies against their opponents.

You probably already know some of these situations if you’ve played before. However, we’ve compiled a list of the most common ones.

Soccer is a possession-intensive game, so each team tries to keep hold of the ball for as long as possible. You can’t always dash or dribble your way past the opponents, especially in tight spaces, and that is where shielding the ball becomes most useful.

As a player, you can create a barrier between opponents and the ball by using your hip and upper body as a shield.

Of course, the opponent will try to dispossess you by using their body too. Whether or not you get knocked over and lose possession depends on your technique, balance, and strength.

When faced with an aerial ball, you always have the option to head it out of danger, to a teammate, or towards goal.

You can’t expect to be the only one waiting on the receiving end of an aerial ball. Chances are, there’ll be an opponent trying to head it before you can.

What happens next is that you and your opponent have to apply force with your upper body to get an advantage. A subtle nudge with the shoulder or zoning them out with an extended arm can help you win the contest.

One effective way to win back possession is to tackle. Interceptions don’t involve you challenging an opponent, but tackles do. Common types of tackles are:

While the aim is to get the soccer ball, the game is fast-paced, so you can’t always guarantee that you won’t catch the opponent a little bit. That’s where physical contact occurs.

Timing is everything with this move, especially the slide tackle, as it can cause serious injury to both parties when done recklessly.

A collision is a purely accidental contact between two or more players. It can happen to anyone on the pitch, including teammates and opponents. We’ve seen players colliding because their eyes were on the ball, and they didn’t see each other coming.

Collisions can be serious enough to cause injuries – other times; they are so mild that one can consider them funny. Case in point: this video clip. 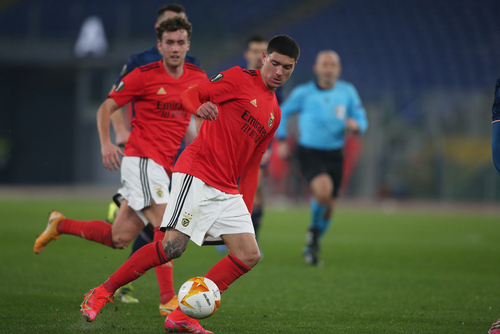 Soccer players have been known to take the contest a bit too far. Thankfully, soccer rules are there to keep things in check, and breaking them will lead to a foul, yellow card, red card, and/or match bans.

Because soccer is a contact sport, the line between legal contact and illegal contact can be quite thin. Most of the decision-making falls to the match referee and other officials. It’s their job to determine what’s a foul or not, but even they have to follow the association football rules provided to them.

Although the laws governing various competitions differ, football has general rules set by FIFA. So, some moves are just not fair anywhere in the world. Let’s take a look at what’s allowed and what’s not.

How to be Better at Handling Physical Contact in Soccer 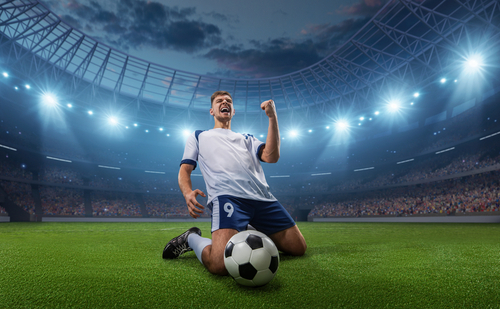 So, we’ve established that contact is inevitable in soccer. That means that players have to be able to handle it, irrespective of their size or build. France international Ngolo Kante has a diminutive build, yet few players can win in a physical contest for the ball against him.

If you want to be good at football, you also need to be ready for the physical side as well as other aspects of the game.

First, wear your awesome soccer cleats, and we’ll start with some drills to help you get more physical.

This practice drill is essential if you want to get better at soccer fast. It trains you to become more effective at shielding and tackling. This should translate to you winning more contests for possession.

You’ll need a space of around 30×30 yards, four players, and a soccer ball to do this drill effectively. All players are competitors, and they have to try to take the ball from each other without fouling. A point is scored by the player who retains possession for 5 seconds.

Already, you can see how everything you learn will help you in both attacking and defensive physical contests.

The next drill enhances your shielding ability by helping you discover your most effective stance while improving your balance.

Two players and a coach are enough to do this drill. It begins with one player in possession while the other tries to win it.

The player in possession will attempt to shield the ball during a 10-second countdown. If they lose it, the other player does the shielding for the remainder of the allocated time.

The player with the ball, when the 10-second countdown ends, will earn a point, and then the countdown restarts. The two players should take turns starting with possession.

This is a lot like the 2-player drill. The difference is that there are three players competing, and they take turns starting with possession in the center of the field while the others begin out wide.

Also, play restarts every time the ball rolls out of bounds. Of course, whoever has possession at the end of 10 seconds gets the point.

This drill helps to sharpen your awareness as well as your shielding ability.

This is one of the most effective drills when it comes to boosting aggression and physicality. It also helps players get used to winning and retaining possession in tight spaces.

The 6-a-side game follows regular soccer rules but with a maximum of six players on each team. Be sure to use a playing field that’s smaller than 40 x 30 yards and a portable soccer goal.

The limited space will cause the game to get very aggressive.If you have problems handling physical contact, this situation will help you get used to it fast. However, there should be a referee or coach to keep things from getting out of hand.

Now, let’s look at ways to give you the max advantage and safety whenever you find yourself in a physical contest during games.

There’s a common myth that players with more upper-body muscles lose some mobility. This is wrong. Pros like Adama Traore and Michail Antonio have massive upper bodies, but they have no trouble dazzling defenders.

Try to add strength training to your regular workouts. You can do push-ups, weight lifting, sit-ups, and more.

While you want to come out on top when battling for possession, there’s always the risk of taking a nasty knock. This could lead to injuries if you don’t have safety gear on.

These safety gears are sports items that you wear to reduce the risk of injuries during games. The best ones also give you an additional advantage on the field.

Soccer Cleats: to protect your feet and give them a better grip on the pitch. Moreover, there are soccer cleats that can also use for baseball but better to use the proper shoes.

Mouth Guards: to protect your teeth, gums, tongue, and lips.

Shin Guards: to protect the area below the knee, which is an injury-prone region for soccer players.

Head Guards: to support the skull, particularly after a recent head injury.

Use the Right Technique

Here’s what pros tend to do when trying to win a physical contest in soccer:

These sports usually require you to make heavy contact with the opposing team to score points. They include:

By definition, soccer is a contact sport. The rules of the game allow for bodily contact between players. With eleven players on each team, the probabilities of collisions and physical contests for the ball are high.

Although soccer is classified as a limited-contact sport, many sports experts see it as a high-contact risk sport. This is because even if you don’t plan to make bodily contact with any other player during a game, there’s a high chance that you will eventually.

So, yeah, soccer is a contact sport. However, it only falls within the limited contact subcategory. This means it’s a lot safer than some full-contact sports like MMA and boxing.

Nevertheless, use our tips and drills above to give yourself the best chance at handling physical contact in soccer like a pro.