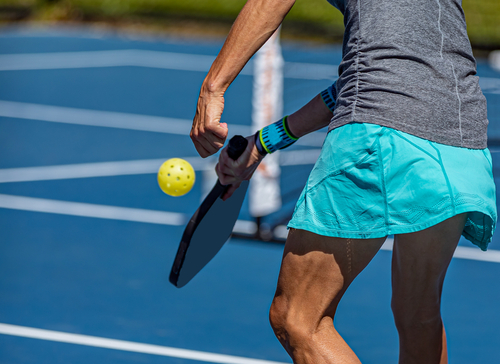 Pickleball combines features of numerous sports, including ping pong, badminton, and tennis. Pickleball has pretty straightforward rules, and once you master them, it can be a fun and thrilling game.

However, some rules bring out the uniqueness in the game of pickleball. An example of such a rule is the pickleball kitchen rules. It helps you to comprehend the game completely; hence one must be familiar with it to do well at pickleball games.

What Is the No Volley Zone in Pickleball? 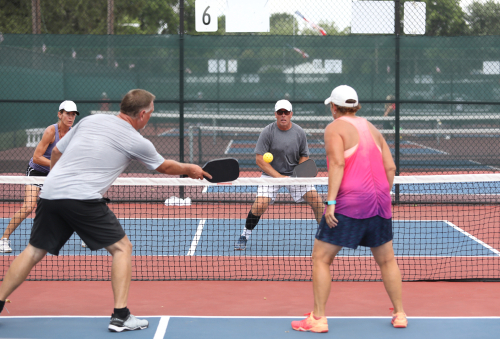 First, let us establish a fact about “the kitchen” in pickleball. In the USAPA and IFP rulebook, you will not find the term “kitchen” anywhere. However, the name has grown to replace what was formerly known as “no volley zone.”

So, the no volley zone is synonymous with the kitchen. The “no volley zone” is its formal name, while “the kitchen” is just a general adoption. Some best Pickleball team names were based on/inspired by it.

Having established that, let us now consider what the no volley zone means.

The simple answer is that area of the court where players are not allowed to volley. But what then is a volley? It is hitting or striking the ball without allowing it to hit the ground. The non-volley zone is thus a section of the court where you must wait for the ball to bounce before striking it, to put it simply.

So, why is there a no volley zone in pickleball? While there may not be a single straightforward answer to that, one of the reasons may have been to prevent players from getting too close to the net and hitting the ball over before the other players have a chance to react.

In addition, the no volley rule helps to keep the game moving at a good pace and prevents players from stalling. Limiting volleying in this area forces players to play the game a bit more strategically and makes the overall game more challenging.

When volleying, it is improper for a player to even walk on the non-volley line. 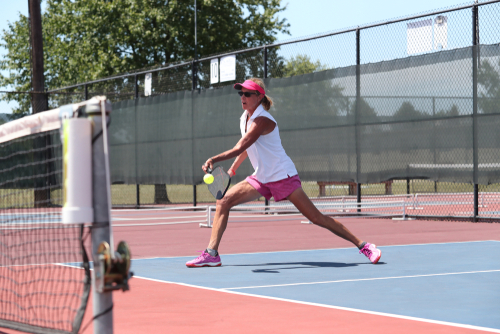 You must have heard things like, “you don’t go to the kitchen in pickleball.” While this may sound true, there are some drawbacks to it. The truth is that you can go to the kitchen, but you must observe some rules when in the kitchen.

The idea behind the kitchen is to eliminate the “smash” hits typical in racquetball, squash, tennis, badminton, and other sports. A close-range smash hit at the net always ends the play and faults the opponent due to the forceful, quick impact.

The game’s original creators wanted pickleball to be a game that was simple enough for most people to play and one in which they could strike the ball with pickleball racquets without worrying about a constant spray of powerful hits that disrupt play.

For this reason, there are basic rules that one must observe when in the kitchen if you want to place the pickleball well. Let us see some of them below.

As stated in the IFP rule book, the number one kitchen rule is that one cannot perform a volley in a pickleball kitchen.

This one is rather obvious. You must be positioned outside the kitchen and away from the line when volleying the ball. However, these regulations grow increasingly intricate, as you will in subsequent rules.

Volleys are permitted only past the kitchen and between that line and the court’s baseline.

That’s very easy. Avoid hitting the ball out of the air if your feet are in the kitchen or on the kitchen line. You do that, and you enjoy the game without any fouls.

But it is not just as easy as seen; things become a little trickier than that. According to the IFP rulebook, “anything the player is wearing or carrying.” Therefore, even if you drop your pickle racquet in the kitchen after obeying the no volley rule and are outside the kitchen, it is still wrong.

However, it may be anything that is tethered to you physically. For example, if your cap falls off, your keys fall out of your pocket, or anything else comparable, it will result in a call for a fault. It also includes everything that occurs as a result of momentum.

Your opponent scores a point if any part of your body comes in contact with these spots. This regulation forbids players from remaining at the net during the entire game.

A foul will be called if, when volleying the ball, the player’s momentum leads them to touch any kitchen lines or the non-volley zone with themselves or objects they are wearing or carrying.

If a player’s momentum forces them to touch their partner or anything else touching the non-volley zone, they have committed an error.

Even if the player touches the kitchen before the ball is ruled dead, it is still an error.

Keep in mind that this restriction only applies to touching the ground. Is it possible to hit the ball upward when positioned below the line? Yes, but you also risk breaking a different kitchen rule.

On the other hand, your partner could hold you back when you are volleying close to the non-volley line to prevent you from crossing the line owing to momentum.

But if whatever you’re wearing crosses the line, it will still be a foul, even if you don’t. For instance, a fault might be called if the player’s wristbands slipped off and landed in the zone.

As long as a volley is not being fired, anyone may enter the kitchen at any moment. You can hit groundstrokes from the kitchen.

Both feet must be positioned outside the kitchen before the ball is struck from the air by a player moving out of the zone to hit a volley.

Keep in mind that a volley can only be delivered after two bounces, including the serve and the return of the serve.

Also, it’s against the rules to act like standing in the kitchen, hopping up to hit a volley, and then landing outside the kitchen.

Before or after returning any ball that bounces, a player can still enter the non-volley zone.

If a player returns the ball when their partner is in the non-volley zone, there is no violation.

This implies that you cannot stand in the kitchen, jump up to volley the ball, and then land elsewhere. As you can already guess, that’s a sure fault!

You must adjust your posture outside the kitchen before starting the stroke to volley the ball safely after being in the kitchen.

What Is the Size of the Kitchen?

The seven by twenty feet area surrounding the net on both sides of the court is called the “kitchen” in pickleball.

The kitchen spans the entire net width and extends back into the area on either side of the net for a distance of seven feet.

On a typical pickleball court, the kitchen will typically be an open area next to the net enclosed by a rectangle, making it quite noticeable.

The midline dividing the two service courts on either side of the net marks the end of the kitchen.

Why Is it Called the Kitchen?

The Non-volley zone is the official name for that portion of the court now called the kitchen. The game of Shuffleboard is perhaps where the word “kitchen” first appeared. The shuffleboard game had an area called the “10 off.” And you don’t want your puck to land in the “10 Off” area on the shuffleboard board.

So the name “kitchen” was chosen for pickleball because most people “think” it’s a place you don’t want to be, the same way nobody wants to be in the kitchen. You can view it from the perspective of the adage, “If you can’t take the heat, get out of the kitchen!

It would help a lot if everyone referred to it by its correct term, the Non-volley zone, rather than the kitchen, but hey, it’s just way simpler to say the kitchen, right?

Therefore, as the name implies, you cannot hit a volley from that court area. In pickleball, a volley is a shot made with a ball that has already passed the net and has not bounced.

It can be challenging for novice players to learn these rules, but if you get used to playing by them, you will find the game more engaging. So next, we’ll make it very simple for you to remember the kitchen rules.

Keep in mind that you can only enter the kitchen to hit the ball once it has rebounded. Therefore, ensure that none of your body or racquets enters the kitchen when you take the shot from the volley zone or any other location.

Whatever the origin of the name, the game’s most crucial aspect is the kitchen’s regulations. A fault will result from breaking them.

Finally, we hope that after reading this piece, you are more capable than before. Playing pickleball requires adhering to specific kitchen rules. So by following these guidelines, you can improve your pickleball abilities.

Can Your Momentum Carry You into the Kitchen in Pickleball?

While there are several rules about momentum in the pickleball kitchen, keep in mind that you cannot enter the kitchen by using your momentum. Even if you volley the ball to your opponent effectively, you must avoid entering the kitchen to prevent making a mistake. Even dead balls are acceptable faults.

Can a Second Shot in the Pickleball Land in the Kitchen?

If you were outrightly touching the ground when you started the volley, you could not start a volley while within the kitchen. This indicates that you cannot stand in the kitchen, jump up to volley the ball, and then land elsewhere.

Can You Be in the Kitchen Before the Ball Bounces?

The first thing to remember about the kitchen is that you cannot strike the ball before it hits the ground while standing in it or making contact with the kitchen line. Your opponent scores a point if any part of your body comes in contact with these spots. This regulation forbids players from remaining at the net during the entire game.

What Is a Nasty Nelson in Pickleball?

Can you overhand hit in the kitchen in pickleball?

In pickleball, you can hit overhand unless you’re serving the ball. In pickleball, you are only prohibited from hitting overhand when you are serving. Otherwise, a served ball must be underhand and contact the ball below your navel or waist, according to the serving rules.