Simonis makes some of the best quality felt on the market – their leading products being the 760 and 860 varieties.

But what exactly is the difference between the two?

The Simonis 760 is designed to provide an incredibly fast surface.

It’s probably the quickest felt out there right now. Balls will travel quite far, especially if you have new cushions installed.

This cloth is also engineered for performance. Because the balls travel so fast, it can wear out a little quickly, at least in comparison to the 860.

It’s by no means weak though. The worsted wool is quality stuff, and won’t pill up over time.

It might feel a little different than you’d expect, if you’re used to playing on public tables. However, for aspiring pros, it’s worth getting used to a cloth that plays really fast. 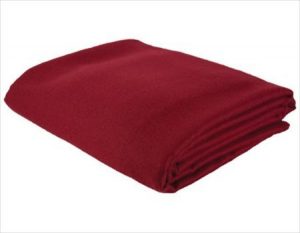 Ultimately, the Simonis 860 is quite similar to the 760. However, it has a few major differences (which we’ll discuss below).

It’s very fast by most people’s standards, although it’s not super-duper quick.

As a worsted cloth, there’s no pilling, and it’ll last for absolutely ages if taken care of. Due to this durability, and the quality of gameplay it provides, it’s not exactly a cheap solution.

Importantly, the 860 can become a little slower over time, if used for a number of years.

The difference between the two is this: the 760 is much faster than the 860. It stays fast for its entire life, while the 860 sometimes drops in pace a little over time.

The 860 is more durable however, because the balls don’t cover as much ground each game. While it might slow down a little over the years, it won’t really wear out at all.

760 felt is really designed for professional-grade tables where speed is absolutely crucial. On the other hand, the 860 offers a more traditional sort of feel. Because it’s a little tougher, it’s more commonly seen on commercial tables or in pool halls.

Another thing to think about – the 760 is made for straight pool (14:1). In this game, having quick cloth is important because a strong break-off is key. 760 felt may show more ball-burn on the surface because it’s so much faster than the 860.

For all other pool/billiard games, the 860 is probably your best bet. It’s a little slower, but this makes it more controlled – allowing you to place the cue ball and shoot accurate English a little easier.

While both felts are available in similar sorts of color schemes, depending on where you’re buying from, different options might be available. The most common color for both though is electric blue.

They’re both quite expensive, that’s for sure!

The 760 and 860 are pretty much the same price, so unless you can find one of them on sale, this probably isn’t going to affect your decision when buying.

Both felts are designed to be stain-resistant, and for the most part, they do a great job. You need to be pretty quick with the microfiber cloth though to avoid discoloration.

Plus, since the 760 and 860 are both worsted felts, neither of them pill up over time. Meaning, no fuzz on your table – both cloths are super-smooth and have no nap.

When buying any Simonis felt, you know that the quality is going to be second-to-none. They produce the best felt in the world, because it’s what they do – the entire company is dedicated to making cloth for cue sports.

For most players, it feels more natural. Plus, it’s more durable, making for a longer-lasting surface, especially when combined with a good quality table cover.

However, the 760 is still a fantastic cloth. If you’re used to super-fast felt, or want to practice on a table that has a more professional feel to it, it’s definitely worth trying.