Soccer is an excellent sport to play and watch. But in order to really appreciate it, you must first grasp the fundamentals.

Welcome to the basics of soccer!

In this guide, we’ll explain everything you need to know about The Beautiful Game. We’ll look at the basic rules, how to play, and what you need to know when you or your son/daughter begins playing the sport.

In this part, we’ll look at the rules of the game set by the Fédération Internationale de Football Association (better known as FIFA) and how the sport is played.

The main markings on a soccer pitch are:

There’s also those curved lines on the edge of the penalty box. This marking (along with the penalty box lines) is the border that players cannot pass during a penalty kick (except the goalkeeper and the shooter) until the ball is struck.

To play soccer, you must have:

There’s other common equipment, like goal nets and corner flags. However, the laws of the game do not require them to be used.

A soccer team consists of eleven players, plus substitutes. In most matches, only three substitutes are allowed. Once a player has been replaced, they cannot be substituted back on the field. Play must be stopped (when the ball goes out for instance) before a substitution can occur.

Each player on a team must wear a matching kit (except the goalkeeper, who must wear a different color), shin guards, and soccer cleats. The goalkeepers are allowed to wear goalkeeper gloves.

The referee is in charge of the soccer match. They have the power to:

There is only one referee in each soccer match. However, they are assisted by two linesmen, who follow the play along the sidelines and assist in making decisions.

What you can’t do

Here’s what the referee will call a foul against your team for:

You may be shown a yellow card if you repeatedly break the rules of the game, dissent against the referee or perform a particularly bad challenge.

And the following actions will result in you being shown a red card (being expelled from the field):

When a foul is committed, the opposition will receive a free kick. However, if the team committed the offense inside their own penalty box, a penalty will be awarded instead. This is like a free kick, but it is taken from 12 yards out and only the goalkeeper is allowed to block the incoming shot.

Other reasons the play will stop

Offside is called when a player in an offside position gains an advantage (receiving the ball or scoring a goal for example) by being in that position.

In the example above, player A is in an offside position as there is only one opposition player between him and the goal line. However, play is not stopped unless P passes the ball to A, as A is not yet receiving any sort of advantage from being in this position.

The laws of the game we’ve described so far apply to FIFA-sanctioned matches. However, it’s likely your league will change a few of these rules, especially if it’s a youth competition.

If this is your kid’s first season playing soccer, look out for rule variations like:

Playing soccer: how the game works

Now we’ll look at some common stuff you’ll see on a soccer pitch that isn’t related to the laws of the game directly.

The first thing a coach must decide when choosing his team is their formation or how they will line up on the pitch.

A common formation is 4-4-2 – meaning four defenders, four midfielders, and two attackers. Since you always have one goalkeeper, they aren’t included in the formation descriptor.

The coach may choose a formation based on their game plan. Some examples:

The following are some tactics you might see in a professional soccer game:

The following are some common things you’ll see when play is restarted.

What you need to know 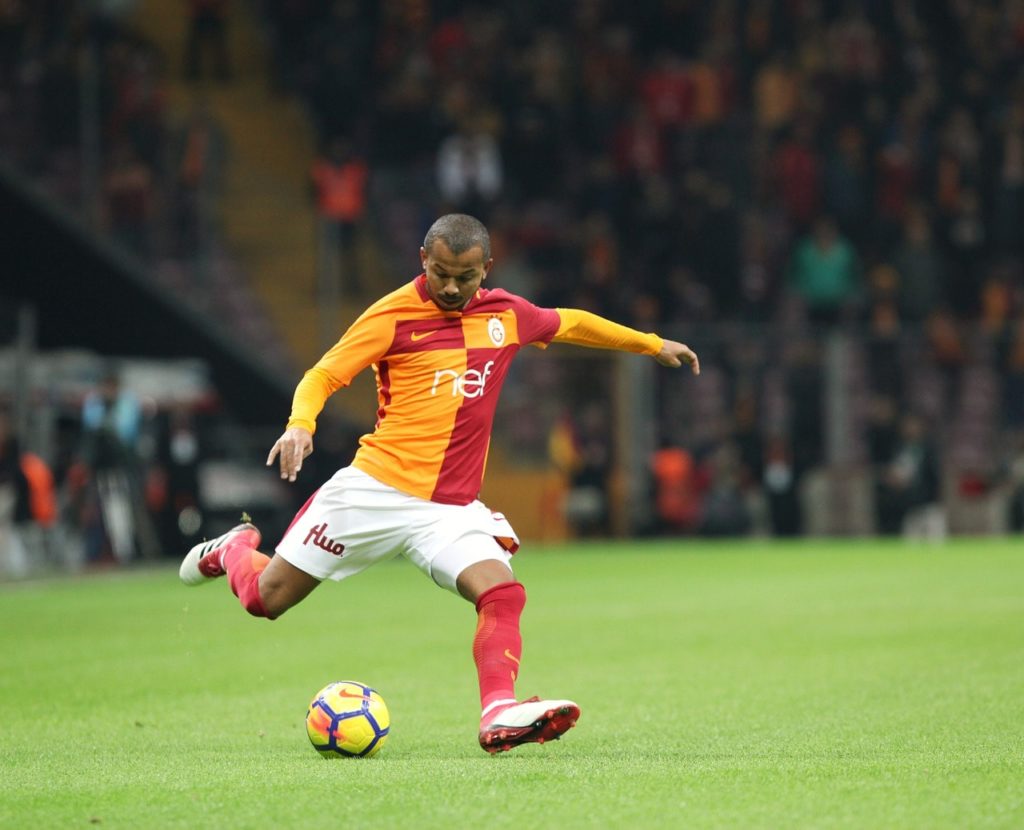 This is much less important for youth players – typically the coach will rotate his squad through different roles.

However, if your team has defined positions, you need to decide where to play.

Do you like the idea of taking shots and heading the ball, or do you want to play passes forward into the striker? Would you prefer to be responsible for tackling opponents and intercepting passes? Or does the idea of donning the gloves and playing as a goalkeeper take your fancy?

Remember you can always try a few positions out and see what you think.

Warming up is incredibly important for playing soccer, particularly for adults.

Make sure your coach is introducing jogging-based warmups (not just running – include dynamic stretches like opening the gate). You should also do some static stretches (may not be necessary for kids) before introducing ball exercises like piggy in the middle.

Ensure you get a good 25-30 minute warmup in before each match to reduce your chances of injury.

The spirit of the game 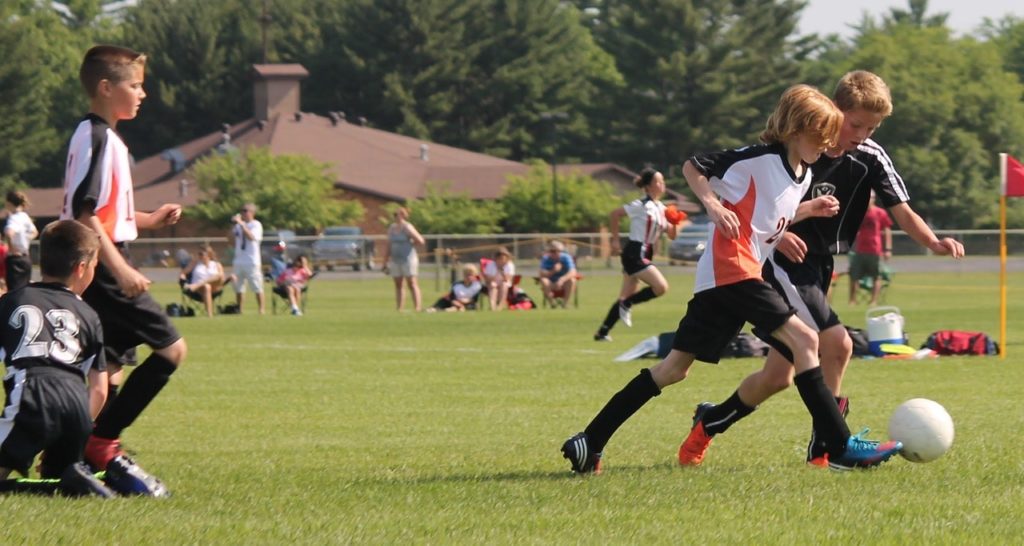 Millions of players take the game of soccer incredibly seriously. In professional matches, it’s not uncommon to see players diving (to try and get a freekick), questioning the referee’s decisions, and time-wasting by kicking the ball away or feigning injury.

However, at amateur games, such behavior would likely be frowned upon. At this level, the referee is either paid very little or volunteering their time for free, and the matches aren’t played for serious prize money. You’re there to have fun, so treat others how you would like to be treated.

For parents of new soccer players, the same notion applies. Never abuse the referee, opponents or other parents at youth league games. Do not say anything to your child that isn’t encouraging – once they get a bit older you can begin to introduce constructive criticism – but do this after matches. Your kid isn’t playing in the Premier League – hounding them over their performance will only discourage them.

“Duh!” I hear you say. “Of course I’m not going to harass my kid for missing an open net at seven years old!”

Unfortunately though, this does happen at times. If you see other parents shouting at their children, you’ll most likely notice that they begin to play worse.

Some positions on the soccer pitch require you to practice specialized skills. Here are some things you’ll want to master, no matter what role you’re playing:

For parents of young kids who are just beginning to play soccer, here are some more things you should know about before the season begins:

The best way to learn the ins and outs of soccer is to watch a professional match or some highlights on YouTube.

Of course there are a few differences between the game you’ll be playing and what you see the pros do. However, by watching the MLS (America top flight), the Premier League (Britain’s pro league), or La Liga (Spain’s first division) you’ll be able to pick up on some good plays to make and skills to learn.

Got any questions? Feel free to ask us anything in the comments below!