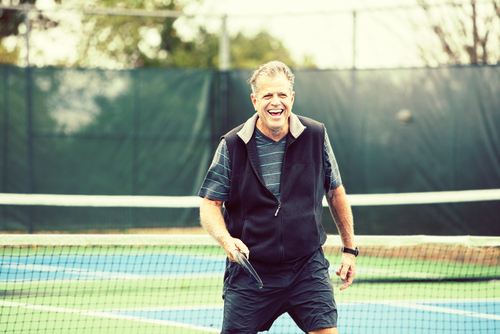 Pickleball is a fun sport that anyone can enjoy in various settings, especially domestic ones. However, aside from being a fun domestic sport, it’s also a booming competitive sport that is the subject of massive tournaments like the World Series of PICKLE and Pickleball for the Cure. And like every other popular sport, it has its own stars to watch.

So, who are these stars of Pickleball? In this article, we will look at the top Pickleball players to know in 2022. We’ll consider the top 10 for men, then move on to women. Without wasting any time, let’s get right to the ranking. 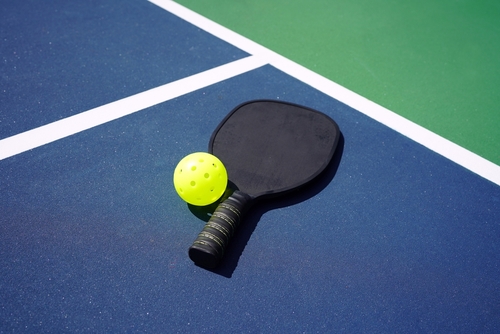 We have based our ranking of all the players here on a number of important metrics, such as ranking points, championships won, and popularity on social media. These metrics derive from further stats. For instance, how far a player goes in tournaments (including in pro circuits, such as the PPA Tour) determines their ranking points; and their social media popularity has to be across multiple platforms.

All that being said, let’s get right into the rankings. 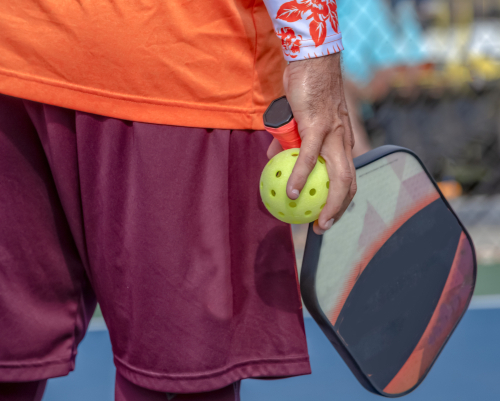 We’re going to be taking the ranks from the least to the top.

The 26-year-old American is an alumnus of the University of Florida and is signed with Paddletek. Yates has had a very sunny career thus far, boasting six U.S. Open Gold Medals and 15 USAPA national medals, including 4 Gold.  Yates once held the WPF #1 spot for the Men’s Pro Doubles four years in a row, and he now runs instructional clinics in 9 states in America and 15 other nations.

The Johns brothers have distinguished themselves as masterful players individually and as a group, and Collin is currently the number 9 Pickleball player to watch. The 28-year-old went pro in 2018 and has since won several titles, including five Gold medals in different men’s doubles events.

He is currently signed with Team Electrum and is the first professional player to be featured on the Electrum model E.

The 20-year-old Dylan Frazier is fast becoming one of the most prominent players on the Pickleball stage, playing in over 20 tournaments annually. He’s won several medals, including 5 Gold, 1 Silver, and 2 Bronze.

33-Year-old Koller boasts a fantastic Pickleball carrier, with a current DUPR doubles rating of 6.708. Koller bagged two Gold medals at the 2021 Las Vegas PPA Tour open and is currently one of the biggest names in the game.

Often playing as a mixed pair with his sister, Lindsey, Riley is one of the top players in doubles events. The 28-year-old is a marvelous athlete and once played Division 1 tennis and basketball at Washington State University. He has since poured his energies beyond the pickleball net, becoming known as a masterful player in both doubles and singles events.

The 27-year-old Jay is popularly known as “the Flying Frenchman” due to the charming “Frenchness” in his playing style. He is a versatile athlete who grew up playing various sports, including soccer and tennis. Current fifth-best pickleball player, he has had several thrilling contests with many big names, including Collin Johns.

McGuffin has grown to become one of the most well-known personalities in pickleball after years of coaching tennis. The 31-year-old has won four national championships and is a standout player at the professional level. Undoubtedly one of the most outspoken and passionate players, he constantly gives 110% on the court.

The 26-year-old Navratil is a top-tier male pickleball player who has won more than 80 championships throughout his career. He is a difficult opponent to play against because he is exceptionally quick, covering the entire court like an air defense system.

At the age of 20, Johnson is one of the most intelligent young male pickleball players.

He frequently competes in the final rounds of tournaments in both singles and doubles, and he has won a number of titles. Back in April, Johnson achieved his second triple crown by taking the men’s singles, mixed doubles, and men’s doubles championships.

At the age of 20, Johnson is one of the most intelligent young male pickleball players and is like a household name among pickleball fans. He frequently competes in the final rounds of tournaments in both singles and doubles, and he has won many titles.

Back in April, Johnson achieved his second triple crown by taking the men’s singles, mixed doubles, and men’s doubles championships. 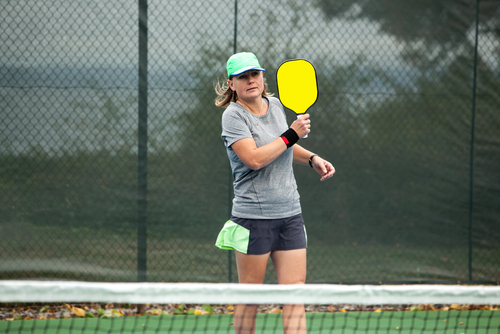 These are the top names in women’s pickleball.

One of the seasoned players on the pro circuit, Tereschenko has been participating in racquet sports for over 20 years. A Texas Tech University graduate and a native of Russia, the 36-year-old has won five major championships.

Smith, a former outstanding tennis player for the University of Utah, began playing pickleball professionally in 2019. She has had tremendous success playing doubles alongside Parenteau, and she consistently ranks in the top 5 in all women’s divisions.

She has been a medalist in every competition she has participated in. This includes two Gold medals in U.S. Women’s Open championship. She is also educated in fitness and nutrition and runs several coaching ops in pickleball.

Paris is a 24-year-old former top-level tennis player who has advanced swiftly in the pickleball world. She rose to fame as a designer off the court because of her clothing when playing Pickleball. However, she recently defeated Anna Leigh Waters in five games, bringing the champion’s 2022 winning streak to an abrupt end. That victory has catapulted her to the status of one of the sport’s hottest players at the moment.

On the women’s team, Jardim is a seasoned veteran and one of the most experienced players. From 2016 until 2020, the 42-year-old had the top women’s ranking in the world.

Her seven-year tenure as Michigan State’s tennis coach came to an end when she decided to step aside in favor of her pickleball career. She has since recorded a stellar career, having bagged over 90 medals, 70 of them being gold. She has also held several triple crown titles, including four in 2020.

She is currently the co-founder and co-director of Peak Performance Pickleball Academy, being sponsored by Prince Pickleball and Jigsaw Health.

If the name sounds awfully like Anna Leigh Waters, that’s because this is the mother of the famous player. It would seem pickleball stardom runs in the family, and the partnership between the mother and daughter is one of the most legendary in the game of Pickleball.

Individually, Waters is one of the best women’s players. Being a very strong player, she is known to control the pace of the game.

The 33-year-old Jessie Irvine is one of the biggest stars in the game, being renowned for her Athletic prowess. Jessie hails from North Carolina, and she went pro in 2019. So far, she has had a pretty impressive career, ranking top five in all three women’s divisions and bagging two PPA titles. When playing mixed doubles alongside Devilliers and Parenteau in women’s doubles, she frequently enjoys great success.

Prior to starting her pickleball career in 2019, Irvine was an on-court reporter for Tennis Channel.

Even as a 15-year-old teenager, Jorja Johnson is on a quest to astound, not unlike her brother, JW Johnson, who is a top-tier male athlete in his own right. Jorja, a member of the Hard Eights in Major League Pickleball, has already won 19 professional medals at such a young age.

Since 2016, the 27-year-old has competed in professional pickleball, and Parenteau is regarded as one of the most all-around athletes. The best women’s doubles team in the league is Parenteau and Callie Smith.

Known for her quick hands and athleticism, she has bagged several gold medals in the course of her career. This includes 7 Gold medals and at least two Bronze.

The Washington native, who is 29 years old and currently rated No. 3 in the world, is emerging as a significant danger on the women’s side. Jansen only became a professional in 2021, but now she’s proving that she can compete week in and week out with the greatest in the game.

Together with her mother and mixed doubles partner Ben Johns, she has continued to excel in successive events. Though, her streak was broken early this year when she lost to Paris Todd.

Pickleball is a fun sport both for players and spectators. And as a fully-fledged international sport, it’s become the vehicle by which several outstanding athletes have risen to fame.

If you’re an avid follower of Pickleball tournaments, then this list is just for you. Now you know which major pickleball players to look out for.