Volleyball is a team sport that largely relies on collaboration between the players and athleticism to earn points. The players and the viewers are enthralled by how exciting and quick it is.

It is adaptable and can be played at all skill levels, promoting physical health, and even bringing joy to the teammates via friendship and love of the game. The game is played by two teams whose goal is to be the first team to score points by serving the ball over the net and into the other team’s court.

One way to score points is through what is called “side out” scoring. But what exactly is the side-out scoring system? Well, find out as your read on!

What Is the Side Out Scoring System 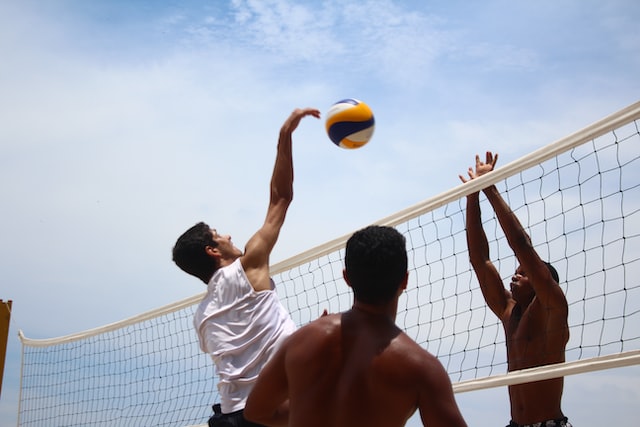 Even though it’s a pretty old scoring system, Side out is still used on volleyball courts worldwide. But you might not understand what it means. Although subsequent rule revisions have rendered the term’s original definition obsolete, it is common to hear it used throughout a volleyball match.

As a team prepares to receive serve, the phrase is frequently used in sideline and audience cheers. Only one team may score during any particular rally due to the “side out scoring rule.”

You can only score in side-out scoring when you are serving the ball. In other words, the receiving team cannot score and can only gain the chance to serve by winning the rally.

In essence, the team that is serving is on the attack, and the team that is receiving is on defense. Because the two sides could wind up only exchanging serves rather than collecting points, this scoring style can make a volleyball match go on for an absurdly long time.

Sideout scoring is often played to a score of 15. So you must accrue 15 points before the opposing team wins a game.

Side Out Scoring vs. Rally Scoring System

The Fédération Internationale de Volleyball (FIVB) announced new guidelines for scoring volleyball in 2008. As a result, this system is now widely used in today’s games.

The main goal of these adjustments was to increase the excitement and tempo of the game. The serving team earns a point whenever the ball is struck into the other team’s court during a rally, irrespective of whether they can return it.

A volleyball team can only score for the side-out scoring system while they have the serve. The defensive side is unable to score a point in side out scoring. In a rally, both the serving and receiving teams can score a point after a serve.

Some argue that side-out scoring is fairer because it gives the serving team an advantage. Others say that rally scoring is more exciting because it keeps the game moving quickly. But in the end, it boils down to personal choices.

Volleyball is a popular sport with many different variations. One key area of debate is side-out scoring vs. rally scoring. So, what’s the difference between the two?

Side-out scoring means a team can only score when they win the serve. Rally scoring, however, means that a team can score on any play, regardless of who wins the serve.

Rally scoring can make the game more exciting, as points can be scored more quickly. But it is up to the preference of the players.

Is it easier to score side out or while serving?

The team earns a point before serving to score in side out. However, getting the ball out of bounds or a hit off the wall are other ways to score in side out. In addition, you may potentially receive a service fault and give your team the point. You may therefore score inside out in a variety of ways.

When you serve, you can only score if the opposing team commits a mistake—as a result, scoring while doing is more complex than scoring inside out since you have fewer alternatives as an individual player on your squad.

How to Become a Serving Team in Volleyball Matches 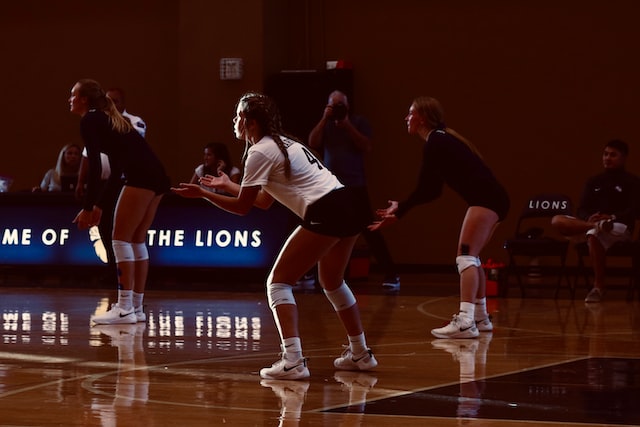 A team may obtain the right to serve in many ways, including by knocking the ball out of bounds if their opponent makes a mistake when serving. However, each side only has one opportunity each game if neither team makes a mistake.

By requesting it, a team might also get the right to serve. Last but not least, if a shot served by a player on the other team is blocked, that player must leave the field, and a substitution takes their place.

During games, when a player is changed, the change takes place right after the ball is blocked.

Beginning in the 1920s, beach volleyball used the same side-out scoring methodology as indoor volleyball. However, because beach volleyball is often played in pairs, it is considerably simpler to win the rally scoring while receiving service.

This makes it more challenging to score. Due to this, games were normally played over one set and were scored to a maximum of 15 points. In addition, a time limit may periodically be applied to shorten the game’s length.

Winners would be selected by who was in front at a set time if neither team had accrued enough points.

In beach volleyball, unlike indoor volleyball, a team scores points when they successfully hit the ball in such a way that the opposition team cannot return it. A service error involves:

During the first two sets, teams must switch ends and move to the opposite side of the court every seven points. They also mandated a side swap after every five points during the third set.

Beach volleyball is played in three sets; however, the best-of-three-sets format is used. The best of three signifies that a team will win the match if they win the first two sets.

How Does the rule Indoor Volleyball Scoring Work? 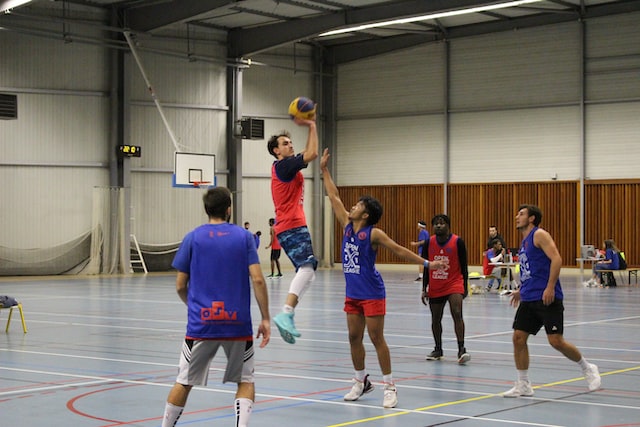 Consider the points to obtain one complete win for a set. After the first set, a second set is played, beginning again with zero points, and is replayed.

The Winning Side is the first to score the desired points within the allotted time. The team wins the match when they have won a predetermined number of sets.

Usually, the team that prevails in the rally is given points. Each side competes to throw the ball over the net and into the half of the court of the opponent during a rally, which starts with a serve.

A side gains a point when it expertly places the ball on the opposition’s court, when the opposing team commits an error, or when they get assessed a penalty.

What does side out mean in volleyball? The short answer is that side out means that one team has the right to serve the ball, and the other does not. The team that served the ball last is not allowed to serve again until the other team has scored a point.

If you are new to the game, it is crucial to understand the concept of side out. This is because it can have a significant impact on the game. For example, if one team loses by a large margin, they may want to try and score points quickly to get the ball back and have another chance to score.