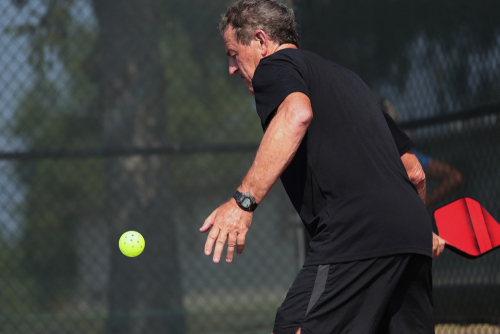 There are many shots to master in pickleball. The most important one, however, is the drop shot. If you can nail the drop shot, then you will find that the number of wins you make will go up. Learning how to do the drop shot will also make it a lot easier for you to return them. Let’s explain how it all works.

What Is a Drop Shot In Pickleball?

The drop shot is a shot hit from the back half of the court into the opponent’s no volley zone (NVZ). The idea is to get the shot as close as possible to the opponent’s net, which can make it incredibly difficult for them to return the service. In the past, one trick in pickleball is called let shot.

What Is The Purpose of a Drop Shot In Pickleball? 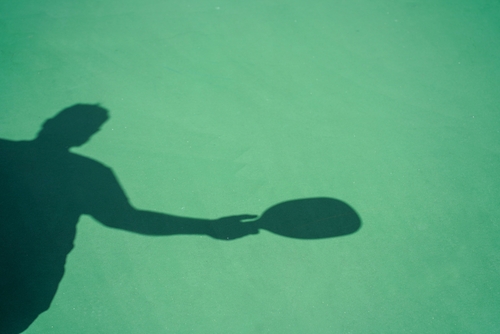 The purpose of the drop shot is to make it almost impossible for a person to return the shot.

When you are learning how to do the drop shot, you should aim to have it as the third shot in the game. It will draw the opponent close to the net. If they return it, then you can finish them off with dink shots.

When Should You Use a Drop Shot In Pickleball?

You should use the drop shot in two situations:

In an ideal world, if you are the server, then the drop shot would be the second shot that you play after your service. This is because your opponent will be at the back of their half of the court, and it can make it incredibly difficult for them to move forward and return the drop shot in time. However, you can use this pickleball strategy at any time that you feel there is an opening to draw the opponent closer to the net.

How Do You Do a Drop Shot In Pickleball? 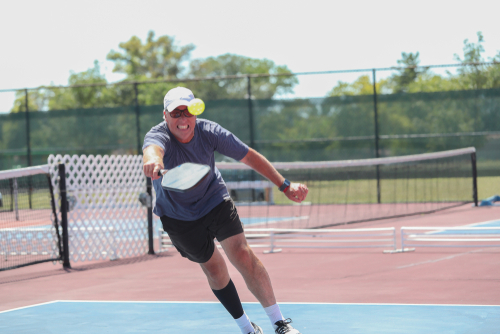 This is a difficult shot to master, perhaps one of the most difficult in pickleball, so we don’t blame you if you are unable to master the shot the very first time. Very few players can.

In order to pull off the drop shot, you need to be at the back half of your section of the court. Using an underhand shot, with the bat in front of you, you want to lift the ball in an arch. You want the arch to have a strong enough angle to clear your side of the court, while also coming down close to the net in your opponent’s side of the court.

The most difficult part of pulling off the drop shot is actually being able to nail the angle of the pickleball. You may want to try the shot with a partner, because the angle that you need to use will change depending on where you are on the court.

How Do You Return a Drop Shot In Pickleball?

It is very difficult to return a well-executed drop shot.

If you notice that your opponent is attempting a drop shot against you, then you need to rush towards the net as quickly as possible. You then need to launch the ball, underhand, in a sharp angle. You need the ball to clear the net.

It is worth noting that, in many cases, a drop shot is impossible to return. Even the professionals can struggle with it on occasion. If your opponent has mastered the drop shot, then they will likely land it very close to the net, and sometimes you just won’t be able to get the right angle on it for the return.

A drop shot is one of the most important shots that you can master if playing pickleball. The difference between a good player and a great player is the drop shot. A drop shot is played from the back of the court, and is designed to draw the opponent close to the net. If the angle of the drop shot is perfect, then it is almost impossible for the opponent to return the ball, which can help to win a rally.

When Would You Use a Dropshot In Pickleball?

In most cases, you would use the drop shot when you are looking to bring your opponent closer to the net. The closer you can get them to the net, the harder it will be for them to return your serve.

What Is The Difference Between a Dink and a Drop Shot In Pickleball?

The dink is hit from the no volley zone, while the drop shot is hit from the back of the court. They both have the same goal, though. That is to get the ball as close as possible to the net to make it difficult for the opponent to return the serve.

What Is The Most Important Shot In Pickleball?

If you can master the third shot drop, then you will find that your win rate in pickleball will shoot all the way up.