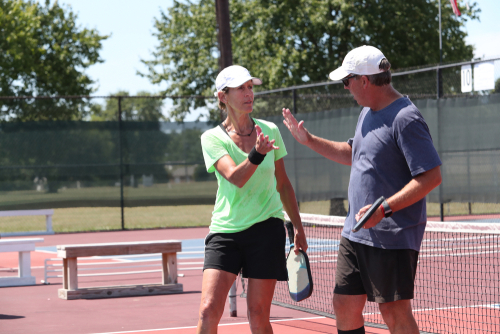 The ‘let’ is a rule that seems to be found in most racquetball games. Up until recently, pickleball was no exception. But, what is a let in pickleball? Does it still exist? We are going to tell you everything that you need to know here.

What Is a Let in Pickleball?

A let in pickleball is a service shot that lands in the correct part of the opponent’s side of the court but bounces off of the net as it does so. In the past, a shot like this would not be deemed as a foul shot, but the server would be required to play it again.

A let shot would often make it tricky for the opponent to return the ball. This is because the let shot would have bounced off of the net in an awkward way. It may also have ended up being a rather unpredictable shot for the server. After all, every server has a game plan, and if the shot doesn’t land where they want it to, their game plan is thrown out of sync.

Are Lets Allowed In PIckleball? 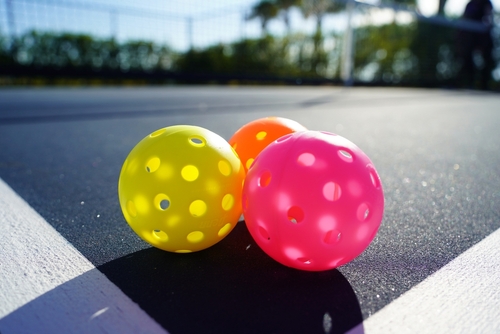 In the past, lets were part of pickleball. However, since 2021, the rules have changed.

While the let shot is still not a foul ball, gameplay is not stopped. This means that when the server hits the let shot, the gameplay continues.

The rule change currently applies to all competitive forms of the sport, and it has started to trickle through to the amateur game.

Because lets no longer existing in pickleball is something new, a lot of people are having to adjust. In the past, people just wouldn’t have played a shot that was a clear let. This is a tough habit to break, and you may still see people struggling to break it when you watch professional pickleball being played.

Why Are Lets Not Allowed in Pickleball Now?

Because it slowed the game down far too much.

In the past, it wasn’t uncommon to see several let shots in a row, which is just annoying for the receiver to have to deal with. It also doesn’t make for a sport that is very pleasing to watch.

By eliminating the let rule, pickleball is sped up. It becomes more unpredictable. This is because the ball still has the option of bouncing off of the net, and the receiver has to find some way to deal with the randomness of the ball.

On the server’s end, it can add a new dynamic to the way that they are playing. After all, if they can consistently bounce the ball off of the net without it being a foul ball, then they can keep their opponent on their toes. There may even be a way to win the rally from the serve. Although, admittedly, this is still a rather rare occurrence.

What Were The Old Rules For Lets in Pickleball? 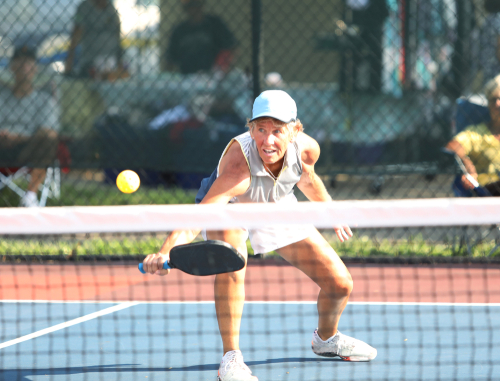 In the past, if the ball bounced off of the net before hitting the legal zone on the opponent’s side, then either the player or the umpire would call a let. The shot would then need to be retaken.

One of the issues people have with the let rule is the fact that you could have an unlimited number of lets. Because most players like to play the ball pretty close to the top of the net, it wasn’t uncommon to see several let shots in a row, which could add a good number of minutes to a player’s service. It wasn’t really something that you wanted to be watching.

There was some debate as to whether the number of lets in pickleball could be restricted. However, this is something that would have caused issues, because some players would really struggle with not hitting lets. As a result, the rule-makers for pickleball decided that the best option was to just eliminate the lets rule altogether.

Should You Learn How To Play a Let Shot?

At the time of writing, the rule change for lets in pickleball is still fairly recent. This means that players are still experimenting with the best ways to play their shots.

That being said, there can be some merit in learning how to play a shot off the net. Although, do bear in mind that if you are not a skilled player, there is always the risk of this being a foul shot. You only get one serve, after all. You don’t want to be giving away points here.

If you are skilled enough to bounce the pickleball off of the net every so often (while ensuring that the shot does not end up being a foul) then, by all means, you should attempt to do this. It may make the game a bit more exciting such as when your landing drop shots in pickleball, because your opponent may struggle to return those shots.

It is likely going to take a lot of practice before you are skilled enough to return those shots with some degree of accuracy, though.

So, what is a let in pickleball? Well, technically, a let in pickleball no longer exists. It hasn’t done so since 2021. However, when the rule did exist, a let could be called if the player played a serve, it hit the net, and it landed in the legal zone of their opponent. This would have allowed the serve to be taken again. However, nowadays, play must continue when a serve like this has been hit.

Is the Let a Fault In Pickleball?

No. The let is not a fault in pickleball. Even before lets were eliminated from the game of pickleball, the let was not classed as a fault. It allowed the server to play the shot again with no penalty to them.

Can You Replay a Let Serve in Pickleball?

Since 2021, if you hit a let serve in pickleball, the play must continue. You are no longer allowed to replay the let serve.

How Many Let Serves Are Allowed in Pickleball?

The rules no longer allow for let serves. If you hit a let serve, then play continues.