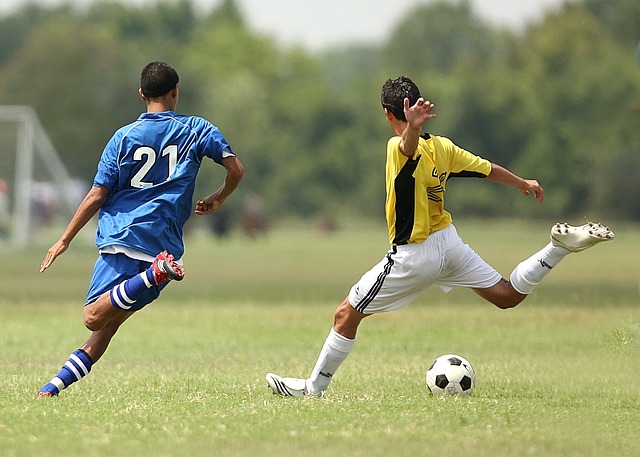 Workers in most professions don’t even begin to think about retirement until they’re at least 60. However, the soccer world is a lot different. 30-year-old footballers are considered “past their prime,” and we’ve even seen players retire at 21! Soccer retirement age differs for each athlete, but by analyzing career patterns as we did, you’ll find the answer to the question: when do soccer players retire?

The majority of soccer players retire between the ages of 33 to 37 years, with the average retirement age being 35. Within that age range, players tend to become more prone to injuries and lose some of their physical attributes, which pushes them into retirement. They may also decide to end their careers for personal reasons.

In this article, we’ll explain everything you need to know about retirements in football. Here’s a brief rundown of what to expect:

When Do Male Soccer Players Retire?

According to global research, the average retirement age for male soccer players is 35 years old. By the time they’re in their 30s, most players will be playing competitive football in lower leagues than the ones they were in during their 20s. Only a select few can play at the top at that stage, and even fewer end their careers there.

Male players tend to retire in their mid-thirties because of the inevitable physical decline, loss of passion for the game, and proneness to injuries. However, some players play until their 40s thanks to scientific innovations in sports that make them ramp to rebound their careers, such as the male sports bra.

When Do Female Players Retire?

The average retirement age for female soccer players is 30 years old. This is five years earlier than their male counterparts because of several reasons. Below are some of them:

Of the above reasons, money seems to be the most controversial. Some female soccer players have retired early because they don’t earn enough from playing soccer professionally. There’s a lot of truth to this because women’s league seasons are a lot shorter than the males, so they have limited chances to earn money. The clubs and national teams also pay less. This has caused several female players to retire early and pursue more lucrative careers.

Player peak and retirement are closely related concepts that have different meanings. That’s why people mistake them for meaning the same thing.

The average peak age of soccer players is between 25 and 27 years old. This number refers only to outfield players (defenders, midfielders, and forwards), as they make up the majority of players in a team.

To understand the concept between peak and retirement, you need to picture a player’s soccer career as a curve shaped like a hill.

First, the player starts off as a 16 to 20-year-old rookie with minimal skills and experience. Then as they grow older and play more games, they begin to develop both physically and mentally.

Sometime between the ages of 25 and 27, the player reaches the peak of their abilities. Their stats: goals, assists, tackles, games played, and other performance metrics also hit an all-time high, barring injuries.

As the player approaches their 30s, they begin to lose some of their physical attributes, such as stamina, speed, strength, etc., and by the time they reach their mid-thirties, they’re ready to retire from professional football.

If we’re to go into the specifics of soccer peak ages based on position, we’ll see that most forwards peak at 25, defenders at 27, and midfielders somewhere in between.

Goalkeepers peak way later, with the average age being between 27 and 29 years. That’s certainly because the position relies slightly more on mentality than physicality.

The fact that a layer has peaked doesn’t necessarily mean they can no longer be as valuable to their clubs. There’re a lot of other factors that contribute to performance. Hence, we’ve seen cases where players play their best football in their early 30s or late into their 20s. One of the latest examples is Karim Benzema winning the award for the best player in the world at the age of 34 years and 302 days.

We already mentioned how goalkeepers peak later than outfield players. They also retire much later than their outfield counterparts. The average age for a goalkeeper to retire from soccer is 38 years.

Several factors come together to allow keepers to play top football for longer, including the following:

The goalkeeper position is the only one in soccer that doesn’t require you to sprint during most of a game. The keeper’s job is to guard the goalposts, pick up loose balls, break presses, and contest for the occasional crosses into the box when they can. There’s not a lot of sprinting involved. That means they have more energy left in the tank over the years compared to outfielders.

Because of the high skill level and experience teams require from their first-team keepers, a rookie needs to wait a while before they can get regular starts. The existing first-choice keeper probably already has all those; hence, most rookie goalkeepers only truly become first-choice in their mid to late twenties.

Football has seen its fair share of injuries to players, but only a few of them happen to goalkeepers. Professionals in this position don’t have to contest for balls often and the less dramatic player. Also, soccer referees tend to protect keepers more than other players.

Retirement Age in Soccer vs Other Sports

Let’s see how soccer compares to other sports in terms of athlete retirement.

Reasons for Forced or Early Retirement in Soccer

You can see from the table above that soccer players’ careers outlast those of professional athletes in most of the other sports. Long after hitting your peak as a pro player, there are countless lower leagues and foreign countries that will accept you. That’s why soccer fans tend to be shocked when a player retires in their late twenties or early thirties.

Unfortunately, it happens. A player may retire early for any of the following reasons:

One Too Many Injuries

Injuries are a part of football, but they come in varying degrees. An injury can cause a player to be out for a few weeks and others for several months. However, it can also be serious enough to end their career.

Alf Inge Haaland, the father to global superstar Erling Haaland, was forced to retire at the age of 30 after he suffered a knee injury that refused to go away for years.

Marco Van Basten was considered one of the best players of all time, yet he retired at the age of 28 due to injuries.

Sam Hutchinson had his first retirement at 21 due to injury. Although lucky enough to return to the game, he was never the same.

Having a series of consecutive injuries within a short period can also force a player to call it quits to safeguard their health. This is why every pro player should use safety gear such as shin guards and ankle braces.

Soccer is a physically intensive contact sport. That means the best players need to be at the pinnacle of physical performance. Attributes like pace, strength, jump power, stamina, and fitness play a huge role in competitive football.

Players in their drop-off years lose a lot of their physicality. In highly-competitive championships such as the English Premier League, where pace and strength are vital, an aging player will struggle to keep up.

If they choose not to drop down the leagues, the player may decide to retire early instead. This was the key reason for Zinedine Zidane’s retirement at age 34. He believed he could not keep up with the requirements of a strong team like Real Madrid.

Professional soccer players often say that in between training, traveling for games, and playing matches, they have little time to spend with their families.

Unless you can handle it, being away from family can have a negative impact on your mental health and even your performance on the pitch. English goalkeeper Ben Forster once retired from international football because he wanted to focus on his kid and unborn baby.

Players who win all of the major trophies in football run the risk of losing passion and motivation for the game. Many players like Patrice Evra have talked about the phenomenon of getting too used to winning. There are also others who simply fall out of love with the game.

In some cases, the player decides to retire once they have nothing else to play for besides money. A perfect example of this is Eric Cantona, who retired from soccer aged 30 because he had lost his passion for playing professionally.

Personal problems which may or may not be related to health could also force a player to retire. Sergio Aguero retired earlier than he had planned because of the heart issues he was having.

There’s also the possibility of a big scandal such as Adam Johnson’s, which sent him to jail. He has been unable to play professional soccer ever since.

Oldest Soccer Players of All Time

Despite the average retirement age being 35, a handful of soccer players continue to play for many years after that. We’ve compiled a list of the oldest players to ever play in competitive games.

John was an English goalkeeper. He plied his trade in England and Scotland, where he played for thirty years. John Burridge retired in 1997.

Unsurprisingly, Andrea was also a goalkeeper. He is the oldest ever Italian football player after playing for 28 years before retiring in 2015.

During the 2018 World Cup, Essam broke the record for the oldest player to play in the competition. The Egyptian also played 159 games for his country throughout his career. He retired in 2020.

Stanley Matthews was a phenomenon. Not only was he the oldest ever player during his playing days, but he was also one of the best players of his generation. The Englishman played for 33 years before hanging his boots in 1965.

Japanese forward Kazuyoshi Miura is currently the oldest active soccer player. He is also the oldest soccer player to play in a competitive soccer match. Miura plays as a forward for Suzuka Point Getters in the Japanese 4th division. He has scored 163 goals and made 52 assists throughout his career. He also won the 1993 Asian Player of the Year award, becoming the first Japanese player to do so.

What Happens to Soccer Players After Retirement

The world is the oyster of retired soccer players, and indeed many choose not to leave the game entirely. They still find a way to stay close to what they love even if they don’t play. Others do the exact opposite. Here’re common career paths for ex-footballers.

A lot of retired soccer stars are now football managers. This has become so rampant that when great footballers retire, fans assume they’ll return after some years to coach the team. Examples include Pep Guardiola, Thiery Henry, Xavi Hernandez, and Zinedine Zidane.

These players make millions throughout their careers, so it’s only normal for them to have various business investments to fall back on after retirement. Others who have a passion for a specific field become gainfully employed there.

Although players are expected to retire around 35 years of age, many don’t consider ending their professional soccer careers until they approach 40. As fans, we should simply focus on enjoying their gameplay while for as long as it lasts.